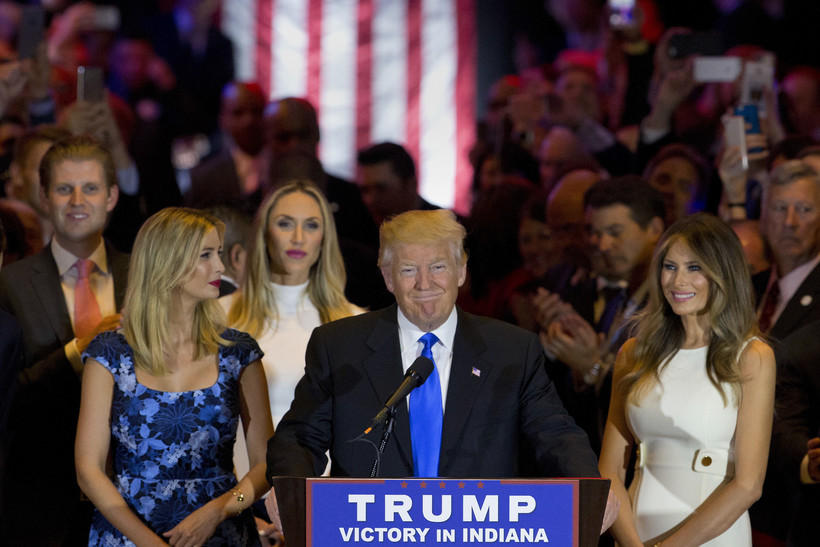 Wisconsin Republicans Weigh Resignation, Defiance As Trump All But Sews Up Nomination

Wisconsin Republicans reacted with a mix of dismay and resignation on Wednesday to news that Donald Trump would likely be their party's presidential nominee.

After Trump's commanding victory in Tuesday's Indiana primary, Texas Sen. Ted Cruz immediately dropped out of the race and John Kasich did the same by Wednesday afternoon.

Wisconsin Gov. Scott Walker, who endorsed Cruz, told reporters Wednesday that Trump was preferable to Democratic frontrunner Hillary Clinton. Walker referenced the pledge he made as a candidate for president last year to support the GOP nominee, no matter who it is.

"On August 6, I stood on the stage in Cleveland and said I would support the nominee," Walker said. "I said it repeatedly since then, and I'll be supporting the Republican nominee once that's officially set at the convention against Hillary Clinton."

Republican Senate Majority Leader Scott Fitzgerald was far less reserved, telling the Milwaukee Journal-Sentinel that if party leaders oppose Trump, it would put other races for Congress and the state Legislature in jeopardy.

"We're on the Trump train now," Fitzgerald told the paper.

Other Republicans, like conservative radio host Jerry Bader, said they would stand by their promise to never support Trump.

"Never means never, contrary to what some people think," Bader said. "It doesn't mean I support Hillary Clinton. I don't. I would never vote for her. I am hoping there will be a third party alternative which I can vote for and still sleep at night."

"Over the course of the next few months, I will listen to Donald Trump's ideas and see if he can earn my support and the support of other conservatives," Vos said.

State Sen. Duey Stroebel, who chaired the Cruz campaign in Wisconsin, was not ready to rule out voting for Trump in November.

"I will be evaluating the situation and casting my ballot for the most conservative candidate," Stroebel said in a written statement.  "I would not consider myself a #NeverTrump person."

For their part, state Democrats were quick to tie Trump to U.S. Sen. Ron Johnson, who was already facing an uphill reelection battle this year against former Democratic Sen. Russ Feingold.

"Now they're faced with the problem of walk away from their nominee or get behind him," Laning said.  "And by getting behind him, they're actually reinforcing that the Republican party is supporting a candidate for president that is truly scary."

But Democratic pollster Paul Maslin said it was too early to say for sure what Trump's nomination would mean for down-ballot races in Wisconsin and elsewhere.

"I think there's potential for it to be a big year for us," Maslin said. "This has been, in many ways, an almost disastrous and embarrassing chapter for the Republican Party. But I just think we all underestimate Donald Trump at our own risk."

Maslin said that last summer nobody thought Trump would be the nominee, and as recently as a month ago, Republicans were talking about a contested convention.

"What's the point of declaring victory in May," Maslin said.  "The election is in November."

Now that Cruz and Kasich have officially suspended their campaigns, only Democrats have a contested primary for president.  While Clinton leads in the delegate count, Vermont U.S. Sen. Bernie Sanders won Tuesday's Indiana primary and told supporters he thinks he still has a "narrow" path to victory.

Update: The story has been changed to reflect John Kasich's official campaign suspension.

Correction: An earlier version of this story attributed a quote to Brian Fraley. It came from Jerry Bader. The story has been updated.