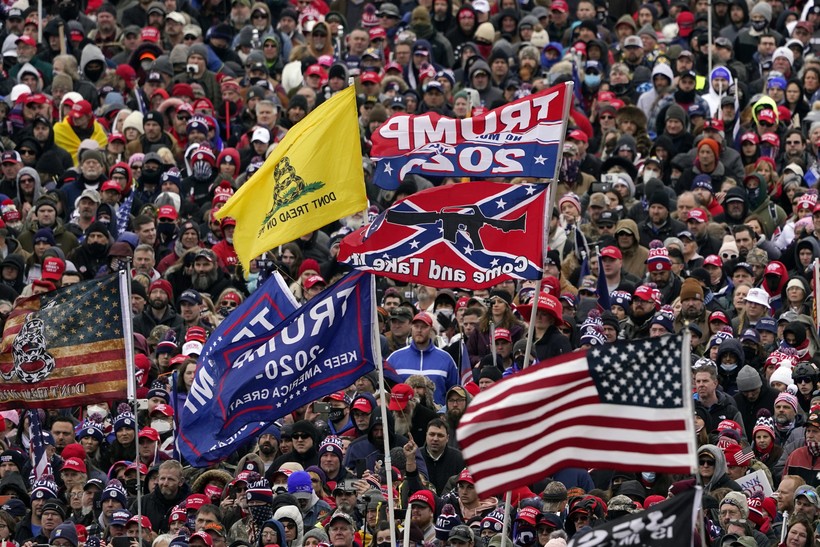 In this Wednesday, Jan. 6, 2021, photo, supporters listen as President Donald Trump speaks as a Confederate-themed and other flags flutter in the wind during a rally in Washington. Evan Vucci/AP Photo

A former Wisconsin congressman is part of a group of Republicans who drafted a letter calling on their colleagues to make major changes that begin with admitting the 2020 election was fair, or face the possibility of losing members to a new party altogether.

Reid Ribble, a Republican who served three terms in the U.S. House of Representatives and retired from Congress in 2016, helped write "A Call For American Renewal," that was released last week. It has been signed by more than 150 Republicans, former Republicans and independents.

Without specifically mentioning events tied to former President Donald Trump, including the U.S. Capitol insurrection that occurred on Jan. 6 or the recent ouster of Liz Cheney as a Republican leader over her criticism of Trump, the letter pledges action against "forces of conspiracy, division and despotism," as necessary to defend the nation.

"We, therefore, declare our intent to catalyze an American renewal, and to either reimagine a party dedicated to our founding ideals or else hasten the creation of such an alternative," the letter states.

Ribble said in an interview on WPR's "The Morning Show" with Kate Archer Kent that this new movement will either reform the Republican Party or oppose it.

"(Republicans) cannot win without us, which was proven in 2020, and so they've got to begin to listen to us," said Reid, now CEO of the National Roofing Contractors Association.

KAK: Tell us about the "Call for American Renewal." Why did you sign it?

RR: I signed it because it's a call for truth telling. We have to go back to the fact that we're going to start with telling the truth first about the 2020 election.

We've developed kind of a common-sense coalition of former elected officials that are asking the Republican Party to reconsider Trumpism ... what they ran on in 2020. They lost on Trumpism. And the reality is the party itself came with no policies for governing going forward other than "We're going to do what Trump says."

And we're saying, "No, we actually ought to have policies that we run on. We ought to actually talk to the American people about what those policies are, and then try to move the country forward."

It's got the party in a really tough spot and they've got to begin to start looking in a mirror. And we're there to hold up that mirror and say we need to look internally and begin to change the things that have caused them to become a minority party in this country.

KAK: How has President Donald Trump changed the Republican Party?

RR: Significantly, in that President Trump was never a Republican president. Trump's a populist with a completely different political ideology.

RR: Well, sure. That's been part of what the approach for many in the party has been. And the fearmongering part of it is partly creating victimhood and making Republicans feel like they've been victimized by the elites, which is a very populist thought, while never really defining who the elites are. This language about a deep state, never really defining what a deep state is.

It creates fear in the voter and it creates a lack of trust in our systems. And quite frankly, our systems actually have been the envy of the world for a very, very long time. And they will work inside the construct of the U.S. Constitution.

KAK: You've said it's going to take a long time, years perhaps, to reshape what a conservative party looks like in our country. And it seems like you have traction now. What will take time?

RR: If it would end up being a new political party, that could take a full decade to create and get it large and organized enough.

But either way, this is going to take some time, and we recognize it.

The Republican Party At A Crossroads 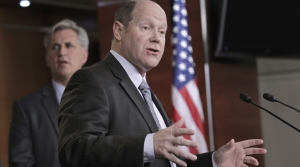 More than 100 prominent Republicans are calling for an “American Renewal” and threatening to form a new party if the GOP does not enact reforms. We talk with former U.S. Rep. Reid Ribble of Wisconsin — one of the signatories — about the GOP's current direction and what changes he’d like to see.