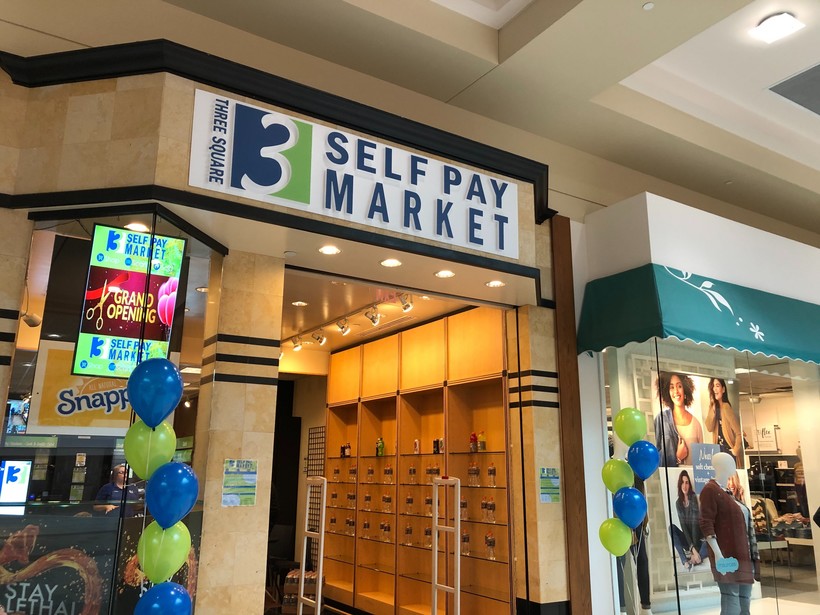 In a fast-paced world where time is valuable, a Milwaukee-area mall is offering consumers what could become the future of shopping.

Three Square Self Pay Market opened Friday at Brookfield Square. The small convenience store is the first self-pay market of its kind in Wisconsin.

Shoppers can pick up about 400 different items including sandwiches, coffee, snacks and small toiletries and use a self-checkout similar to those at a grocery store. The store is monitored by a video camera, but there is not an actual employee on site.

"As nice as it is to say "Hi, how are you,' to someone, it does take up time," Jennifer Onsgard, office manager of Three Square said. "So especially when someone is on a break or wants to grab something quickly and get back to their shopping, this takes seconds as opposed to minutes."

There are more than 40 Three Square Self Pay Markets nationwide and 2,500 markets in the United States and 300 worldwide.

This is the latest addition to Brookfield Square Mall, which recently opened a movie theater and WhirlyBall following several store closings.

Scott Olson, general manager at Brookfield Square, said while Three Square is still retail, the self-service concept will keep people from leaving the mall because it offers items they couldn’t get before.

"Obviously a lot of honor system is involved, but there are ways to track what is going on inside the store, so we are hoping it is a big success," Olson said. "It’s really nice to have this availability here."