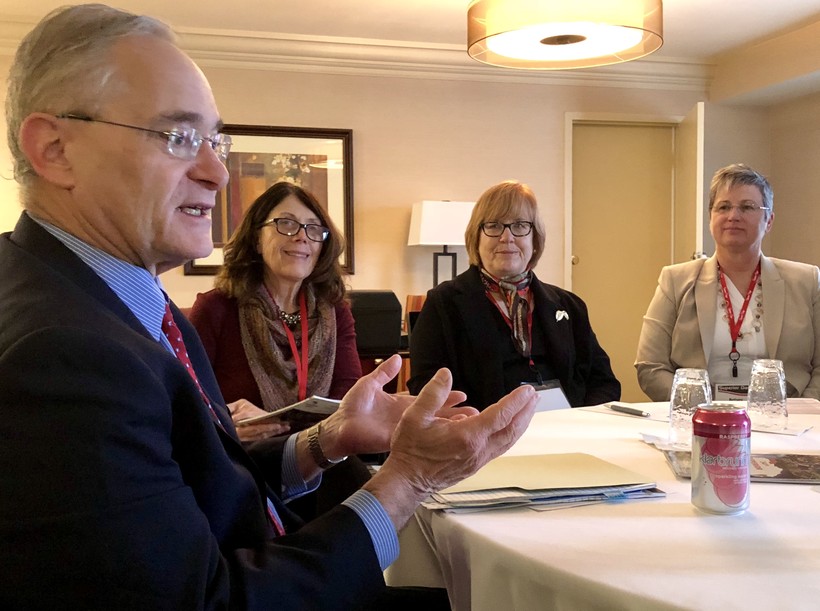 Wisconsin Once Again Seeks To Restore Tax Reciprocity With Minnesota

Department Of Revenue Secretary-Designee Hopeful A Deal Can Be Reached
By Danielle Kaeding
Share:

The agreement ended Jan. 1, 2010, impacting around 80,000 people in the two states. The deal that had been in place for more than 40 years allowed people living in one state and working in another to file just one income tax form in their home state. Minnesota and Wisconsin would then resolve payments at a later date.

Former Minnesota Gov. Tim Pawlenty nixed the deal in 2009 because he wanted Wisconsin to pay back revenues faster.

"Minnesota feels like why should we have to end up suffering a financial loss in order to help the people of Wisconsin," Barca said.

A deal would mean that Wisconsin would pay around $106 million a year to Minnesota because the Badger State has more residents working across the border, Barca said.

Northern Wisconsin leaders addressed their concerns on the issue as part of the annual Superior Days lobbying event in Madison.

Superior Mayor Jim Paine said the lack of a deal has been costly for Wisconsin residents.

"For most taxpayers of relatively moderate- to low-income, they have to pay for tax preparation services," Paine said. "It becomes pretty expensive filing those extra returns. It’s not just an annoyance."

"She said she would take a fresh look at it, and our goal, of course, would be to have obviously (an agreement) for the 2020 tax season," Barca said. "We would have until early fall to get it done."

Barca said their proposal would include making quarterly payments to Minnesota to offset around $158 million in revenues the state would give up under an agreement.

Wisconsin offered a similar proposal to restore tax reciprocity in 2017. However, Minnesota shelved talks with Wisconsin when it began offering a refundable tax credit to Minnesotans who were paying higher taxes without an agreement.

Bauerly, Minnesota’s top revenue official, informed Wisconsin at that time that an agreement would not be in the best interest of the state because of the "financial exposure for Minnesota’s budget created by the payments required under an agreement."

A spokesman with the Minnesota DOR said they would consider any future proposals and whether they are in the best interest of Minnesota.