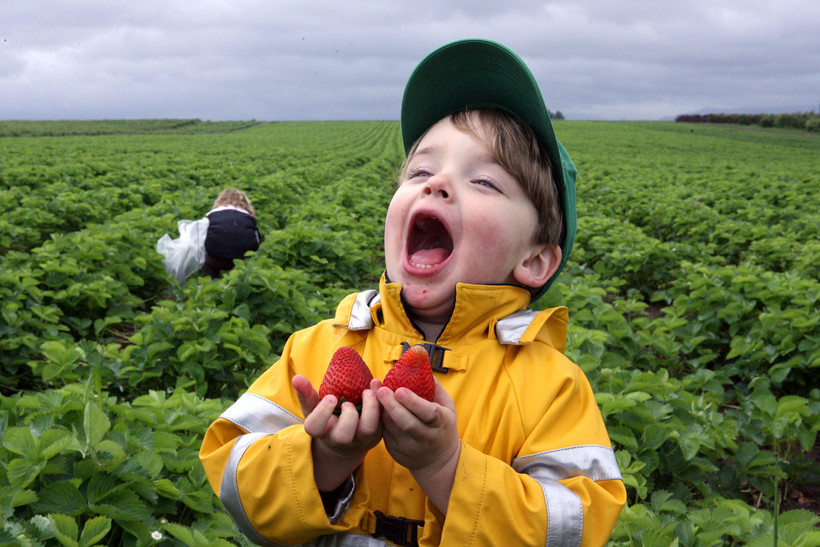 For some, early summer means one thing: strawberry picking.

But a Wisconsin strawberry farmer says time is already running out this year for the timeless tradition.

"Unfortunately, strawberry season’s gonna be a little shorter this year," said Dave Meuer, owner of Meuer Farm in Chilton and president of the Wisconsin Berry Grower’s Association. "My guess is right now, probably in the southern part of Wisconsin, we may have maybe a week left to go yet."

The culprit? This month’s rain and hot temperatures, both of which strawberries don’t do well in. That’s why June, typically a mild month, is usually prime berry picking season.

But this year, farms were hit by hail and several inches of rain. It drove berries into the ground.

"A lot of strawberry growers are actually working together to try, if they’ve got additional strawberries, to get them to other farmers to help them out, if people are looking for pre-picked," Meuer said.

Some strawberry varieties are doing better than others. And Meuer said central and northern Wisconsin may have two to two and a half weeks left in the season.

So, with the season coming to a close early, are you ready to get out there?

"Usually the best time to go pick strawberries is early in the morning," Meuer said. "The berries are cool and firm."

An earlier start means the grass may have dew, so be prepared to get wet. But once the sun comes up, a berry picker may find themselves in need of sunscreen or a visor.

Most farms will provide a bucket to collect berries, he said. But don’t overfill it.

"Don’t pile them too high, don’t crush them, don’t smash them," Meuer said. "The less handling, the better, the longer they’ll keep."

Less handling is also better once you bring the berries home. After picking, Meuer freezes the berries by slicing off the tops and throwing them right into a freezer bag.

"The main thing is you’re getting them dry before they’re going in the refrigerator," he said.