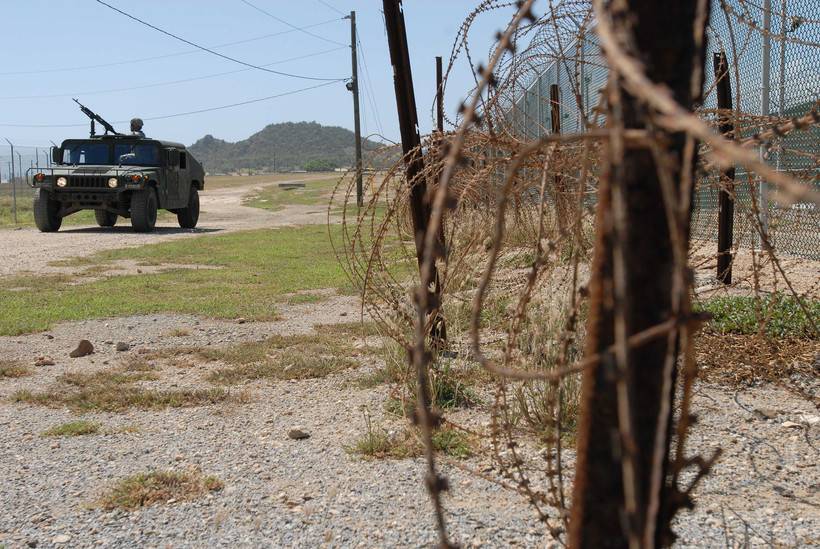 Wisconsin National Guard Unit To Be Deployed To Guantanamo Bay

Unit Is Expected To Leave Sometime This Spring
By Scottie Lee Meyers
Share:

Wisconsin National Guard troops will soon be deployed for a mission at Guantanamo Bay detention camp in Cuba.

Meg Jones of the Milwaukee Journal Sentinel reported that about 120 soldiers of the 32nd Military Police Company are deploying to the prison’s U.S. Naval Station as part of Joint Task Force Guantanamo.

"These Wisconsin troops were notified in 2014 that this mission was likely to come up, so they've been preparing and training for that," said Jones. "They should be leaving fairly soon. I don't know exactly when, but it will be sometime this spring they'll be heading down to Cuba."

Jones said the unit has seen significant action over the past couple decades, having been deployed twice to Iraq in 2003-2004 and then again in 2009-2010.

Much like with previous missions, Jones said the unit will conduct police-type activities at the prison, on par with prison guards. In Iraq, the unit helped train local police forces.

Jones has been covering Wisconsin troops since early on in the Iraq War. Over the years, she saw the military increasing call on its part-time force.

"We really started to see a lot more of the National Guard and (U.S. Army) Reserve units being used in the early 2000s because with our two-front war in both Iraq and Afghanistan. There just simply weren't enough active duty military that could handle what was going on," she said.

In fact, as the war dragged on in 2004-'05, Jones said Wisconsin National Guard members were being called into combat arms, infantry and artillery units in war zones for the first time since World War II.

One of the biggest shadows hanging over President Barack Obama’s administration, by the commander-in-chief’s own admission, is the continued operation of the detention facility at Guantanamo Bay.

Throughout his candidacy and presidency, Obama has called for the closure of the prison. The president’s latest efforts appear to be dead in Congress. The future of the facility remains uncertain as a new administration will take over the White House in January.