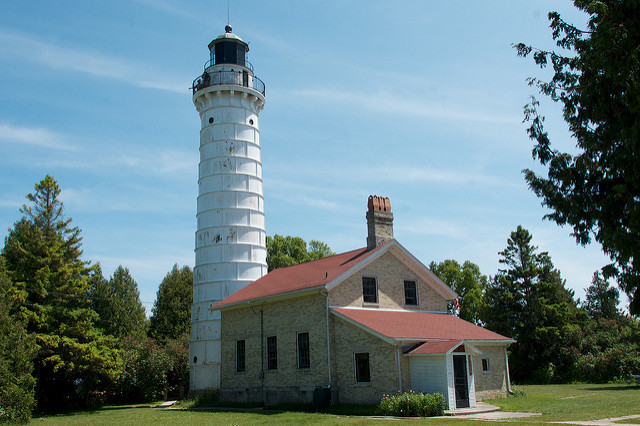 The Museums Will Feature Over 100 Events Throughout The Year Commemorating Wisconsin Maritime History
By Mary Kate McCoy
Share:

From constructing schooners in the 1860s to building 28 submarines and employing 7,000 people around the clock during World War II, the shipping industry has been an important part of the state’s culture, but also an economic boom.

And the museums are there to tell those stories, said Cathy Green, underwater archaeologist and acting executive director of the Wisconsin Maritime Museum.

"As museums, at the core, we’re storytellers," she said. "We have the unique opportunity to tell these stories with unique places and things, and being able to be on the decks of (USS) Cobia, to hear the stories of not only the people who built these boats, but the submariners who worked on these boats is a really incredible thing."

The USS Cobia, a World War II Gato-class submarine, is a main draw of the Wisconsin Maritime Museum, Green said. During the war, the USS Cobia was depth charged for over 8 hours by the Japanese and forced to the bottom of the Pacific before it was able to resurface, heavily damaged.

Visitors can tour the decks, cabins, engine rooms and torpedo compartments of the submarine, which has been restored to its original 1945 state.

Between the two museums, the events range from movie screenings to lectures on shipwrecks to student classes, like underwater robot building.

The Maritime Museum currently has a pop-up exhibit, "Ladies of the Lake," for women’s history month featuring Wisconsin women who were part of the maritime history. For example, one woman took up her Navy scientist husband’s work making flares and signals after he passed away, Green said.

That exhibit will be wrapping up at the end of the month, and an exhibit highlighting Native American history on the lakes, with a dugout canoe, will begin April 1.

"Some of the earliest watercraft used in Wisconsin waterways, that's a very important story that we're just beginning to tell ... and we're going to be working with tribes over the next year or two to be able to fill in that story," Green said.

At the Door County Maritime Museum, which has locations in Sturgeon Bay, Bailey’s Harbor and Gills Rock, visitors can commemorate two important birthdays, the John Purves tugboat turns 100 on May 1 (the U.S. Army Color Guard will be at the ceremony) and the 150th anniversary of the Cana Island Lighthouse in August.

"The Purves, if you've been through Sturgeon Bay, it's the big red tugboat tied up behind our museum and it's 150 feet long," Osgood said. "It has a very interesting history ... they spent several years and almost 30,000 volunteer hours restoring her."

The Wisconsin Maritime Museum and Door County Maritime Museum are celebrating 50 years. They're putting together dozens of exhibits highlighting the state’s nautical history. They join us to talk about everything from the area’s shipwrecks to the 28 submarines built in Manitowoc during World War II.