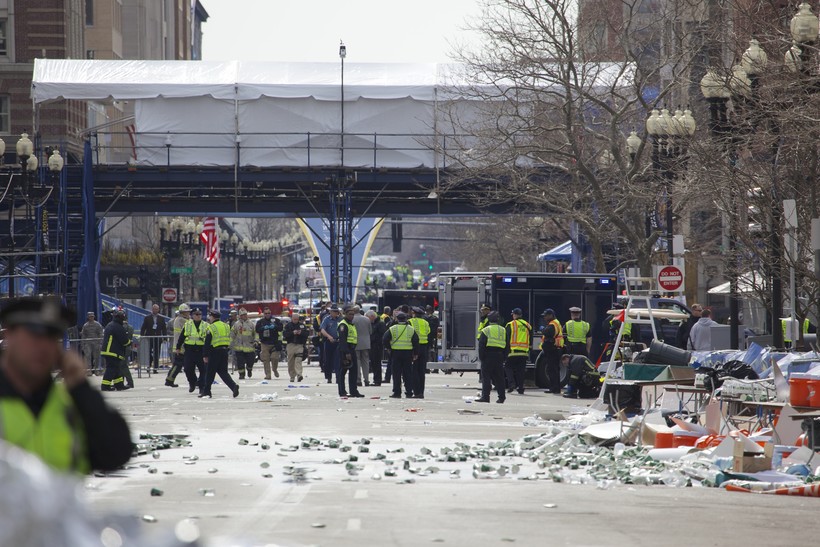 A newlywed couple from Shell Lake in northern Wisconsin who ran in Monday's Boston Marathon says they will not be deterred by the terrorist attack there.

Besides running next year's Boston Marathon, the Deegs say they will run Milwaukee's Lakefront Marathon in October.

Corrine and Justin Deeg were just five blocks away when they heard the first explosion. When fire trucks and ambulances began arriving, she says it turned out to be a night of sirens.

Corrine says one of their first priorities was to let loved ones know they were okay. "I called my mom immediately and just started bawling on the phone and told her I was okay, I finished."

"People came out of the woodwork, people who I haven't talked to in years, which just goes to show you're not forgotten. But I just sent a message out via Facebook that said 'We are safe. Pray for those at the Boston finish line."

The Deegs were married in October. They work together as physical therapists at Cumberland Memorial Hospital, returning to work Wednesday. Corrine says she's glad they were together during the Boston Marathon.

"We actually crossed the finish line holding hands and were able to be there for each other. Now looking back at what unfolded, it could have been a very different day. But it wasn't and thank goodness."

Both say running a marathon will never be the same.

["Will you run the Boston Marathon again?]

Justin: "Yeah, for sure. I'll probably wear red, to remember."

He says red is the color of the heart, and wearing it will be a show of solidarity. They say their hearts are heavy now, and last Monday still doesn't seem real. But if the people responsible are brought to justice, Corrine says that will help.

"The feeling of safety again; I don't know if that's possible. But being in Boston until the day after, you just really didn't feel safe despite having so many protective people around you. There was still that sense of 'What's out there?'"

Justin Deeg says his therapy is in his running shoes and the healing is on the roads of northern Wisconsin.