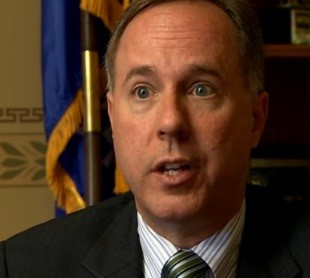 Vos tells Wisconsin Public Television that he wants a tax code that's flatter and fairer than the current system, "We are at the 100th anniversary of the progressive income tax here in the state. It was enacted in 1911. So we're at a time when, I guess after 100 years, why wouldn't you take an opportunity to look at every single part of it and say, is this working? Is it raising the revenue that we need? Is it fair. Does it make sure that every single person in society who benefits pays a portion, so that not some people pay the entire load for those who benefit but don't have to put anything into it."

Vos would likely be Assembly Speaker next year if Republicans retain control of that body in the November elections. He says he plans to call a study committee this year that asks a couple questions, "Is the corporate tax the best vehicle to raise revenue for the state. Is the income tax at a personal level the best."

While it wasn't talked about in the recall campaign, Gov. Scott Walker said in a business group's survey from 2010 that he would favor eliminating Wisconsin's corporate income tax.

Changes that big would likely require Republican majorities in both houses of the legislature. Democrats won the Senate majority in this week's recalls. But Republicans are hoping to win it back in November.