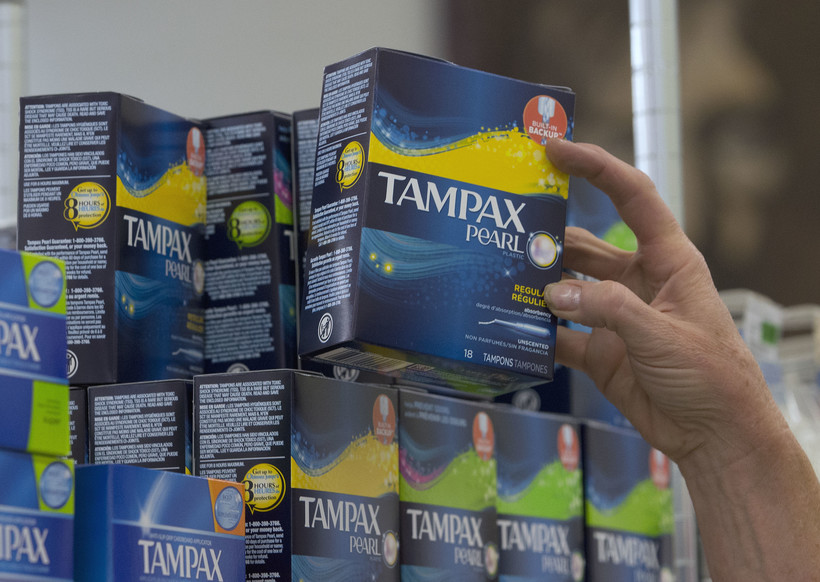 One Wisconsin lawmaker wants to add menstrual hygiene products to that list.

Melissa Sargent, a Democratic state representative from Madison, is reintroducing a bill that would end the state’s "tampon tax," making Wisconsin one of a growing number of states with proposals to end what sponsors call “menstrual inequity."

"Access to menstrual products, quite frankly, is a larger climb for many people in society than most people realize," she said. "And there are not other examples that we are able to land on that are a gender-based tax."

Sargent said she is gaining rare bipartisan support for the measure, in part because of the growing national conversation around the issue.

Former President Barack Obama even weighed in on the issue last year in an interview with YouTuber Ingrid Nilson.

Last year, Sargent was part of a pilot program at Madison East High School that provided free menstrual products in the school bathrooms. The school district loved it, she said, and is looking at expanding the program to middle schools.

"(Students) didn’t have to go to a nurse’s office, for example, to gain access to menstrual products. They were less likely to go home because they had to change," she said. "It was a great success."

She points to potato chips, Viagra and gym memberships, which are not subject to state sales tax.

"In most states we consider taxes on items that are luxury items," Sargent said. "And I have not talked to one person who menstruates who considers their period to be a luxury."

Sargent is also introducing a separate bill that would require state-run buildings to offer pads and tampons for free.

This, again, Sargent argues is common sense. Toilet paper is in every bathroom, she says. Why shouldn’t pads and tampons be?

"This piece of the legislation quite frankly provides a message to folks that they need to be where it is they belong, whether it’s at school, at work, whether it’s where they are recreating with their family," Sargent said.

Wisconsin would be the first state to pass such a measure. But its associated costs have garnered some criticism.

To Sargent, the conversations around the "tampon tax" have been exciting.

"This is an example of a gender injustice," she said. "And this is also an example where we’re seeing people who are typically on opposite sides of issues because of partisanship coming together and working together for the greater good."