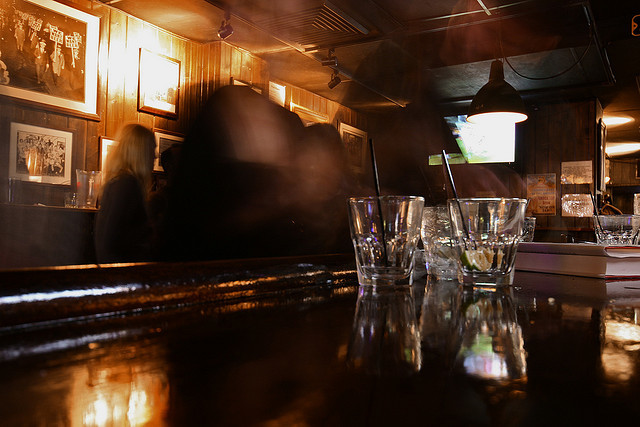 A new study released by the Seattle-based Institute for Health Metrics and Evaluation shows that Wisconsin is the heaviest-drinking state in the country.

The study, which was published this month in the American Journal of Public Health, analyzed survey data collected by the Centers for Disease Control between 2002 and 2012 to suss out drinking patterns by county across the U.S. Using the data from 2012, it found that 12 percent of Wisconsin residents had reported engaging in heavy drinking in the previous 30 days.

Julia Sherman, the coordinator of the Wisconsin Alcohol Policy Project, said that these numbers may not be news for most Wisconsin residents, but they do provide valuable insight for each county to monitor their alcohol problems.

"We have known for some time that Wisconsin has a problem with alcohol," said Sherman. "Clearly, this provides every community in Wisconsin a better tool to look at their own drinking locally and maybe take steps to remediate certain problems if they think they exist."

Sherman said the finding was "alarming," but also said that the number only partially speaks to the county's attitude toward alcohol.

"It is alarming, but by the same token, that same report showed that Menominee County had the highest rate in the population of adult abstainers. It’s kind of a paradox ... Part of the lesson is that no single number defines us," said Sherman.

She also noted that the county recorded no alcohol-related vehicular deaths in that same time period.

Sherman said that although the amount of people who drink is increasing nationally, the average number of drinks consumed by an individual per year in Wisconsin is 148 drinks higher than the national average. She said there are three main factors that contribute to Wisconsin’s drinking culture.

Sherman said that communities can work to solve drinking problems in various ways, as some have done already.

"In Wisconsin, fortunately, many (policies) can be adopted on a local level," she said. "We have the most locally-centric alcohol control system in the nation. And it’s only really been within the past five or six years that communities are looking at their range of authority, stepping up and making changes in how they handle alcohol. And it’s having a result."

While it may take a while for the entire state to establish policies that shift attitudes regarding alcohol, Sherman is optimistic that Wisconsin is heading in the right direction.

"It’s going to take a few years for this to show up in the statistics, but people are taking action," said Sherman. "We can do a lot to improve the health of Wisconsin by drinking a little less, but we can stop a lot of these tragedies by getting a grip on binge drinking."