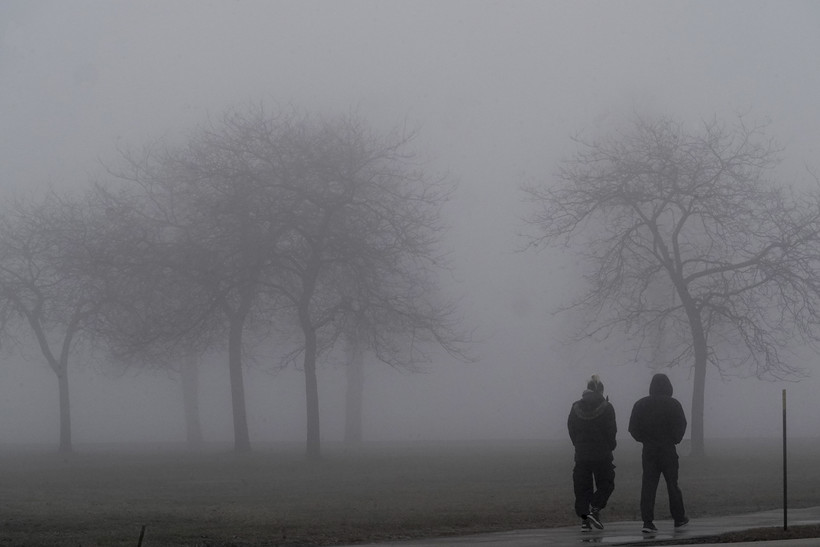 Pedestrians walk near the shore of Lake Michigan on a foggy Thursday March 19, 2020, in Milwaukee. Morry Gash/AP Photo

Wisconsin wasn’t even halfway through a month-long order to stay home to prevent the spread of COVID-19 when health officials around the state began using words meant to buck up people’s resolve. Residents and businesses were asked "to double down" and encouraged to be "resilient."

"The next two weeks are essential for us to get out ahead of it and to not have the struggles they’re having in New Orleans and New York. I know President Trump said we can expect two more weeks of pain. It’s going to be more like a month because our surge is probably going to be two weeks from now," said Dr. John Raymond, Medical College of Wisconsin CEO, during an April 2 briefing hosted by the Metropolitan Milwaukee Association of Commerce and Wisconsin Manufacturers & Commerce.

Not all states have urged or required people to shelter at home. There are still holdouts — including Midwestern states such as Iowa, Missouri and Nebraska.

And even with orders to limit travel, some people appear to be ignoring it.

"Around us, there’s significant travel going on around us in Minnesota and Iowa. If the states don’t coordinate with us, there will be secondary waves (of coronavirus infection) that will come back into our state even if we do a great job," cautioned Raymond who referenced a New York Times map showing recent travel patterns in each state.

There are various models predicting when coronavirus cases will peak around the country, but no one knows how long the pandemic will last. And that has current and former health officials concerned about people's willingness to sustain a drastically altered lifestyle where they may not be able to work.

"(Governors) are really wrestling how long they can sustain people's ability to stay home. And they are worried not just sociologically but economically," said Andy Slavitt, a former Obama administration health official, during a briefing Friday hosted by the Commonwealth Fund.

The Evers administration's "safer-at-home" order lasts until April 24, unless amended.

On Friday, the state of Wisconsin launched a web page suggesting ways people can cope with stress and find help during the pandemic, calling it the Resilient Wisconsin Initiative.

One of the suggestions is to not to let the pandemic take over what you read, watch or talk about. For those getting ready for a likely surge in COVID-19 cases that may be difficult, if not impossible to do.

Evers acknowledged during a call with reporters the toll it’s taking on everyone, but especially those on the front lines.

"It’s OK for heroes to ask for help too," he said. "That’s what resilience is all about."