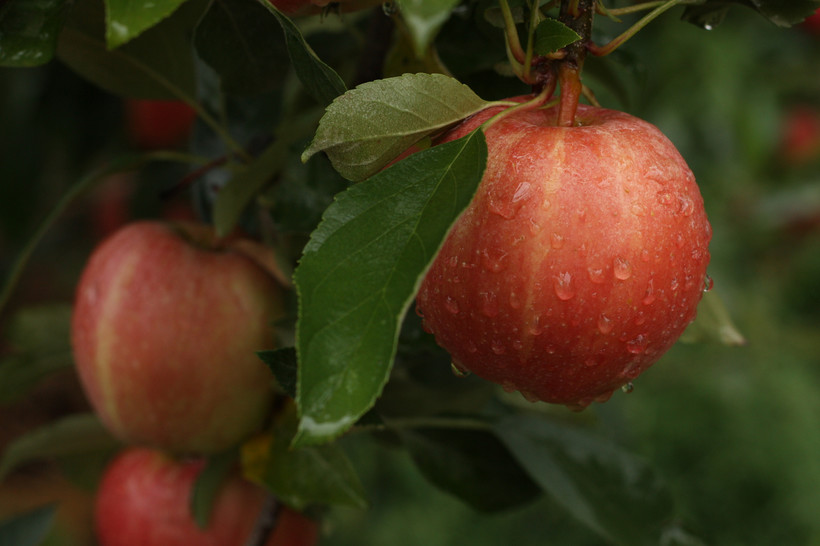 Temperatures Were Below Freezing For Parts Of Weekend Throughout Wisconsin
By J. Carlisle Larsen
Share:

Wisconsin grows several different varieties of fruit, including grapes for table and wine, as well as apples and cherries.

Amaya Atucha, an associate professor of horticulture at the University of Wisconsin-Madison, said fruit crops in the southern and western parts of the state will likely be the hardest hit by the late frost, whereas crops up north may fare a little better since cooler temperatures have been more consistent this season. Atucha said it will likely take about three weeks to see the extent of the damage and it will vary by location. She said the orchards and vines that will fare the best are areas with good air drainage.

"That means that the cold air moves through your orchard or vineyard without staying and affecting your vineyards or your orchards, then you probably got less damaged," she said. "If you're in a cold spot, that damage will be exacerbated."

Atucha said while it will take some time to fully assess the damage to this year's crops, she is more optimistic when she looks ahead to the next year. She said while farmers see reduced fruit growth this year because of the frost, the cold wasn't severe enough to damage trees and vines throughout the state.

Moreover, if the frost damaged the buds of the trees, farmers could take the time to tend to the health of the plants themselves to prepare for next year. She also said, for some crops, farmers could actually see an abundance of fruit in the following year.

She cautioned though that this could still be dependent on the weather next year, notably avoiding another late-spring frost.