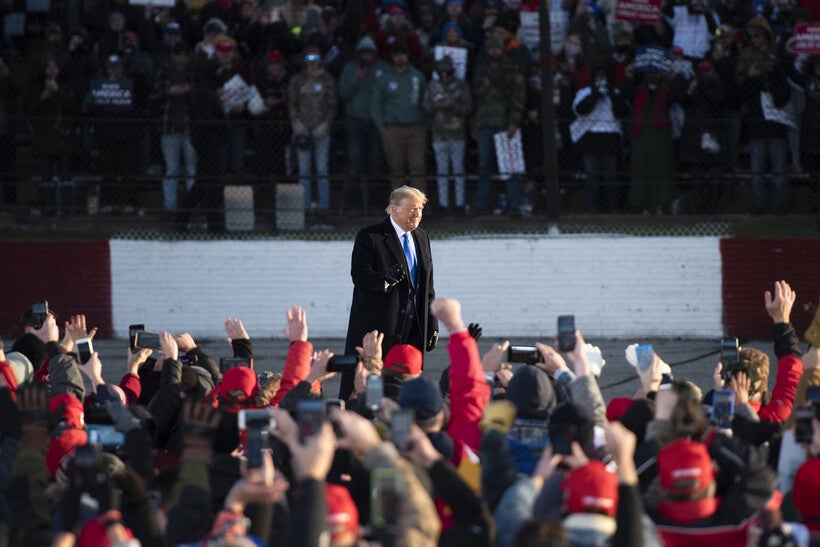 Party chairman Andrew Hitt said hackers used a "sophisticated phishing attack" to alter invoices from vendors the party has been using during the presidential campaign and to commit wire fraud. It discovered the attack late last week and immediately reported it to the FBI.

Phishing is when hackers send emails or other messages posing as legitimate companies, attempting to trick people into sharing personal information, like passwords or credit card numbers.

"While a large sum of money was stolen, our operation is running at full capacity with all the resources deployed to ensure President Donald J. Trump carries Wisconsin on November 3rd," Hitt said in a prepared statement.

The party said no data was stolen in the attack.

A spokesperson for the FBI didn’t immediately respond to a request for comment.

A spokesperson for the Democratic Party of Wisconsin said it has been targeted by "at least 800 phishing attempts this (election) cycle," at least half of which tried to access money, but that none of the attempts were successful.

Wisconsin is still considered to be a crucial state in the 2020 presidential election. Recent polls continue to show a tight race and both Trump and Democratic presidential nominee Joe Biden are scheduled to hold in-person campaign events in the state Friday.