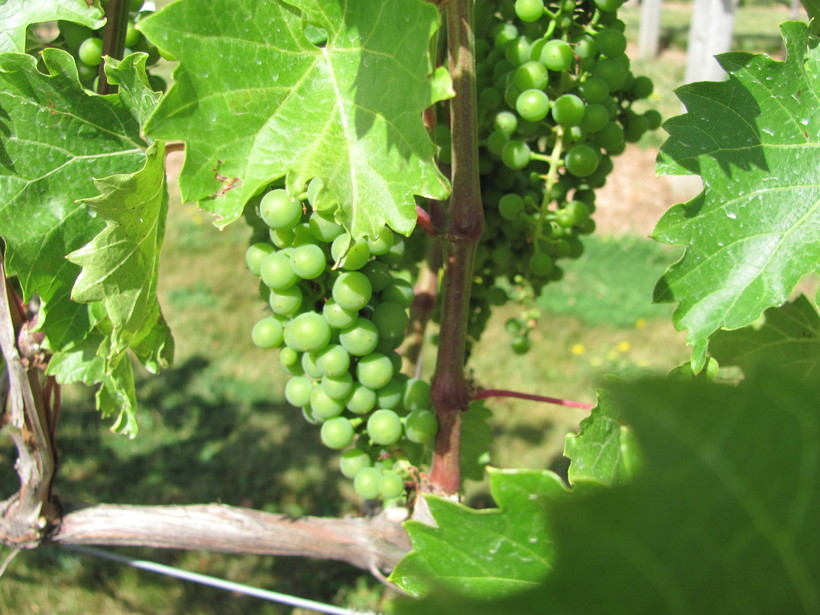 Unexpected frosts earlier this week affected vineyards and orchards across the southern half of Wisconsin, with some fruit producers reporting up to 80 percent crop loss.

But recent damage isn't the end of this year’s crop, according to Dr. Amaya Atucha, a University of Wisconsin-Extension fruit specialist and assistant professor of horticulture at UW-Madison. She said the impacts of the frost varied greatly across the state.

Most row crops aren't expected to be affected by the frost. Greg Bussler, Wisconsin statistician for the National Agricultural Statistics Service, said it’s too early in the growing season for corn and soybean plants to be impacted.

Even grape growers who did lose crops to the unseasonably cold weather might still have a chance for new growth.

Atucha said grape plants have compound buds. If the primary bud is damaged, a second will break and still produce fruit.

"Because it has been a pretty late frost, those buds are going to be delayed around three to four weeks, which basically means that the entire season for the grapes, if they're going to grow on secondaries, is going to be shifted," Atucha said.

Wisconsin has a relatively short growing season for grapes, so Atucha said vineyard owners will have to decide if they want to gamble on a late harvest. She said it will be three weeks before grape growers know the full extent of the damage while apple growers will have to wait until July to fully asses how much of their crop suffered.