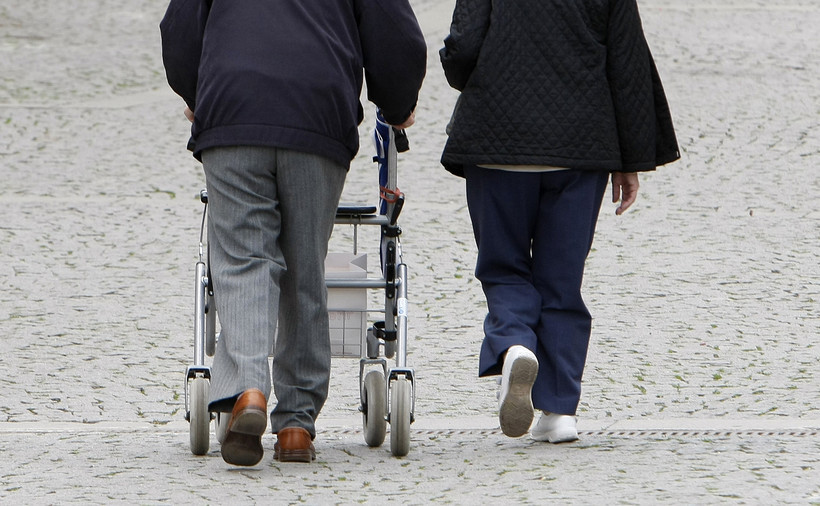 A Wisconsin Division of Public Health official is calling the state's rate of falls among people ages 65 and older an epidemic.

The state has the nation's second highest death rate from falls for people in the age group, and twice the national average.

In 2014, more than 37,000 people ages 65 and older went to the emergency room because of a fall. Forty-eight counties in Wisconsin from 2010-2014 had a 50 percent increase in emergency room visits for falls, according to data from the Wisconsin Department of Health Services.

"Falls are a public health epidemic across the country, particularly in Wisconsin. In fact, the death rate due to unintentional falls in Wisconsin is nearly double the national average," said Chuck Warzecha, Wisconsin Division of Public Health deputy administrator.

Counties have created new pilot programs to address the problem. Green County public health officials are screening for falls when patients have a flu shot, and Brown Country pharmacists are providing individual consultations with older adults to review their medications when it can put them at higher risk of falling.

The program is used by health care providers to assess a patient's risk of falling and provides resources for patients, such as a brochure about how to live safely and independently.

"It's essential for providers to identify those at greatest risk of falling because individualized treatment can reduce the rate of falls by about a quarter," Erin Parker, Centers for Disease Control and Prevention health scientist, said.

The Wisconsin Institute for Healthy Aging is also working to prevent injuries and deaths from falling. The institute offers an evidence-based program called Stepping On for people ages 60 and older who have experienced a fall or who are afraid of falling.

During the 7-week workshop, participants do strength and balance exercises, learn about safe footwear and falling hazards around the house, and talk about how vision and medication affect a person's falling risk.

The institute's executive director, Betsy Abramson, said the program has been very successful in Wisconsin since its establishment in 2008.

"Stepping On has been researched and proven to decrease the risk of falls in their (Wisconsin) participants by 50 percent," she said. "Research has also shown that Stepping On participants have a 70 percent reduction in the emergency department visits."

In 2015, the Medicare costs for non-fatal falls nationally were over $31 billion, according to CDC data.

Data from the state DHS show hospital charges in the state were at least $771 million in 2015. About 70 percent of those costs were paid by Medicare and Medicaid.

To address this, state Sen. Luther Olsen, R-Ripon, sponsored a $200,000 healthy aging grant that was approved during the last biennial budget to promote prevention programs such as Stepping On.

"I believe deeply that we have a role to play in preventing injury and illness, not just treating it, I'm wholeheartedly in favor of supporting healthy aging programs to keep people healthy and independent as long as possible," Olsen said

Olsen plans on working with Gov. Scott Walker and the Legislature during the next budget to increase such funding and make it permanent.