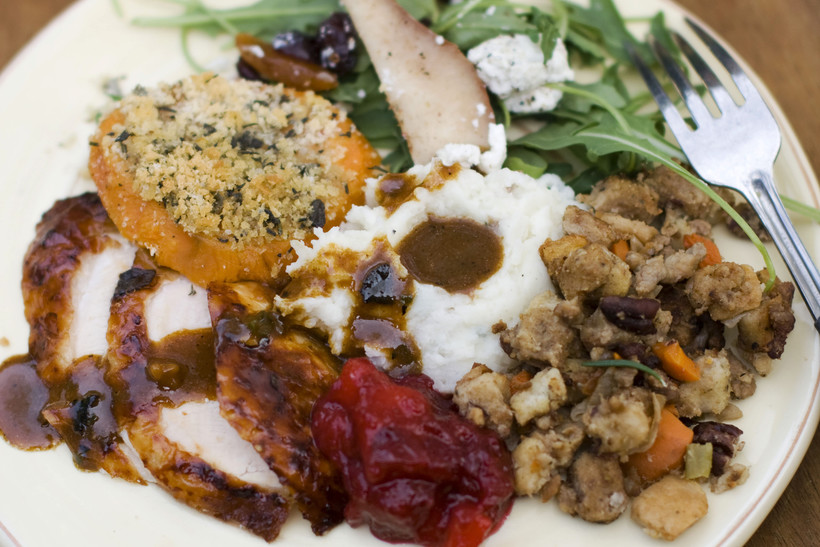 Retail food prices have remained stable in Wisconsin for Thanksgiving. But some producer groups say farmers don’t receive enough from food dollars spent on the holiday.

That’s lower than the U.S. Department of Agriculture’s estimate for food dollars spent throughout the year, reporting that farmers receive an average of 14.6 cents per dollar.

Paul Mitchell, director of the Renk Agribusiness Institute at the University of Wisconsin-Madison, said farmers have received a small portion of food dollars for years. He said the trend is driven by consumers’ desire to buy the cheapest food products available.

"It puts downward pressure on everybody all the way along the supply chain to find a way to reduce their cost so they can take a lower price," Mitchell said. "The person on the supply chain that has the least outside options usually gets stuck with the short end of the stick and on a lot of these things that tends to be the farmer because they have no outside options. Once you've got a turkey starting to grow, what are you going to do with it? You’re going to have to sell it at the price."

Mitchell said having distance on the supply chain between farmers and grocery stores does help keep retail food prices stable. And he said consumers have the power to make sure farmers get more of their food dollars.

"If you think a potato farmer should get more than 67 cents out of the $4.59 for 5 pounds of russets, then go find a potato farmer and buy from him or her and take out the middleman," Mitchell said.

He thinks Wisconsin has more opportunities for direct sales from farmers than other states, especially producers who make value-added products like cheese.

Consumers can expect to see Thanksgiving food prices similar to 2018 in Wisconsin stores this year.

An annual survey of grocery stores done by the Wisconsin Farm Bureau found an average Thanksgiving meal for 10 people costs $61.57 this year. That’s $1.43 more than the same meal in 2018.

Sarah Hetke, Wisconsin Farm Bureau’s director of communications, said prices received by farmers have been less stable than those on grocery store shelves, especially for cranberries.

"(Cranberry growers) have seen a lot of really great years where they’re making a lot of cranberries but that doesn't always mean that they’re getting paid top dollar for those cranberries. And that’s true for a lot of the other food products that are grown and raised in Wisconsin and across the Midwest," Hetke said.

But she said dairy farmers in the state should be happier this holiday season given the recent rebound in milk prices.

"I’ve been hearing some more optimistic conversations coming from dairy farmers and other folks in the dairy community talking about seeing a recent bump in some of those dairy prices and bump in the future predictions," Hetke said. "Our farmers, and specifically dairy farmers, have really been struggling with low market prices for quite some time now so I know they will really be anticipating when the market rebounds a bit."

The Farm Bureau survey found the national average for Thanksgiving dinner comes in at $62.32 this year.