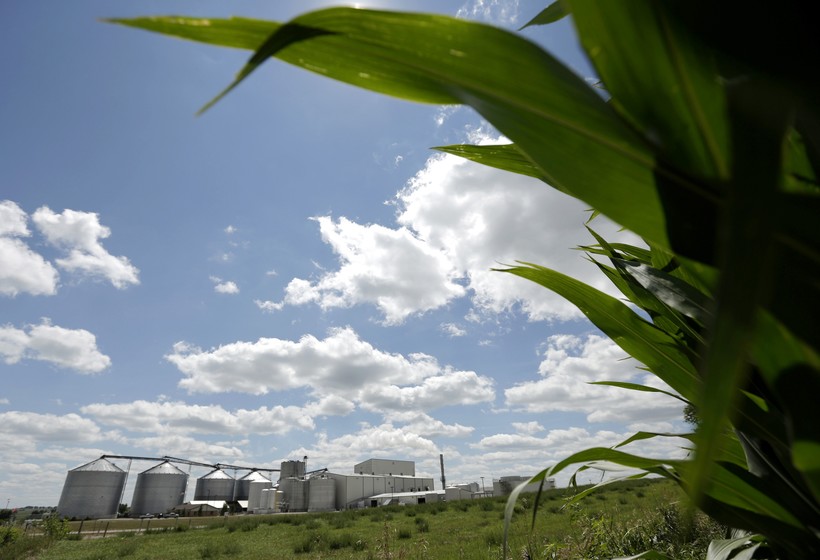 In this July 20, 2013, file photo, a plant that produces ethanol is next to a cornfield near Coon Rapids, Iowa. Charlie Riedel/AP Photo

Wisconsin ethanol producers and corn farmers say they're frustrated with the Trump administration's lack of follow-through on a promised boost for ethanol.

Earlier this month, the U.S. Environmental Protection Agency announced they would be updating the Renewable Fuel Standard program to make sure the required amount of ethanol is mixed into fuel in 2020. The move was meant to make up for an increased number of exemptions for oil refineries that have hurt demand for ethanol.

But this week, the EPA proposed updating the regulations based on the U.S. Department of Energy's recommended number of waivers, not the actual number issued.

"They didn't follow any of those recommendations," said Erik Huschitt, CEO of Badger State Ethanol. "To go back and try to make the number back into… the (U.S.) Department of Energy recommendations is nonsense."

Huschitt said the agency should make adjustments based on the actual amount of waivers.

Doug Rebout, president of the Wisconsin Corn Growers Association, agrees. He said he thinks the Trump administration oversold how much the change will help farmers.

"They're asking us to trust them and they haven't given us a whole lot of reason to do that here lately," Rebout said. "You can say this, but until we actually see it happen, that's when we’re going to believe it."

The National Farmers Union also issued a statement disapproving of the proposal this week. The group estimates using DOE's recommendations will increase the amount of biofuels produced by 770 million gallons, compared to the approximately 1.35 billion gallons that would be produced based on the actual waivers issued.

Rebout said the situation creates market uncertainty for farmers as they think about next year's growing season.

"Most farmers are just going, 'Well, we’re just going to stay the course, and we’re not going to change a lot of what we’re doing with our planted acres of corn or soybeans,'" Rebout said.

Huschitt said he knows corn farmers in the state are hurting from current regulations.

"There's been a number of months that we haven't run at full capacity and that's all corn that we won't use… and won't be able to use because you don't get it back. The lost demand is lost demand," Huschitt said.

"If the EPA acts as President Trump instructed, there won't be frustration," Huschitt said.

He said he believes Trump knows how important these ethanol regulations are for states like Wisconsin, especially as the 2020 presidential election nears.

"(Trump) ultimately knows that the displeasure in the Midwest has to get righted by the next election," Huschitt said. "It shouldn't be a matter of election. It's people’s lives that are in a state of flux right now because we cannot have laws that aren't being followed that markets react to."

The EPA will host a public hearing on the proposal on Oct. 30, followed by a 30-day public comment period. The agency plans to finalize the action later this year.