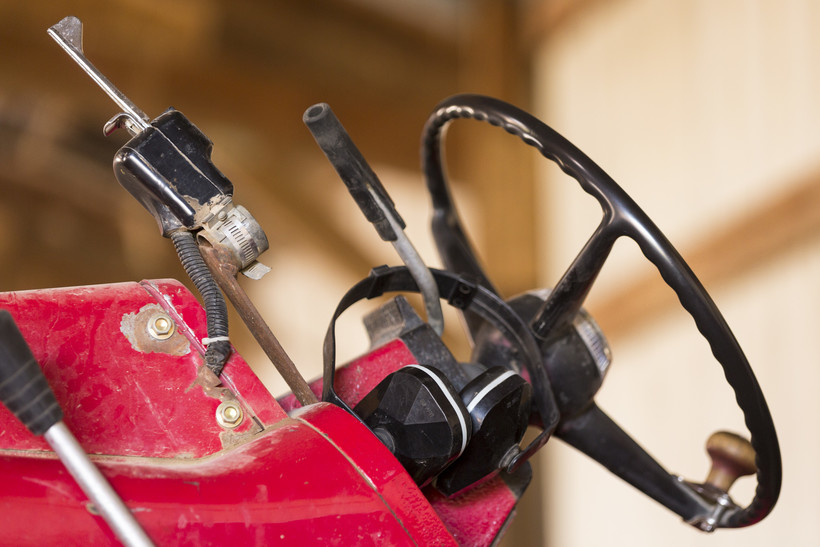 Wisconsin Farmers Encouraged To Look To The Future Of Their Farms

As Gov. Tony Evers calls on lawmakers to deal with the state’s dairy crisis, a state agency is hoping to ease some mental stress by helping farmers plan for the future of their farms.

The University of Wisconsin-Extension is hosting a series of workshops called "Cultivating Your Farm Future" across the state in the next couple of months designed to help farmers deal with the financial future of their farm and possibly relieve some stress that’s led to a greater risk of mental health issues among farmers.

"With the farm stress and the low commodity prices we’ve had in the last five years planning for the future, it’s really hard to do that when you’re just planning for the next day," said Kaitlyn Lance, an agriculture educator and certified farm succession coordinator for UW-Extension in La Crosse County.

"Worrying about, 'Is this next milk check going to be enough to cover expenses, and am I going to have to look for a job outside of the farm to help make ends meet,'" she added.

The average age of farmers in the United States is close to 60. Hundreds of Wisconsin farms have gone out of business and many farmers have taken second jobs in recent years.

"In the last few years, we’ve (extension agriculture educators) looked at the needs of farmers. We’ve come together as a workgroup and said, 'OK, yes there is a lot of financial stress.' But we also want hope for the future and so figuring out, is my farm viable, is one of those first important questions and at this workshop you can start thinking about the answer to that question," Lance said.

Wisconsin Farmers Union President Darin Von Ruden of Westby said it’s been a challenge for farmers to think about a long-term future.

"Farming in general has had five years of low prices and more and more operations have gone out of business, a lot of operations are getting away from their main source of income and either renting their land out, or finding another job in town, so they can continue another avenue on the farm," he said.

"That’s made more land available for rent for larger operations and sometimes that‘s a way for the family to continue to have ownership of the farm but not necessarily having the majority of their income coming from the farm," he added.

Von Ruden said the fallout from economic woes has changed the landscape of rural Wisconsin. Farmers no longer get together by the dozens to talk about the future of their profession and the rural community.

"Things affect everybody differently, but there’s a percentage of farmers that are really under a lot of stress. Especially on the mental health side you’re seeing more and more farmers that really need help, but the question is with the pride that a lot of farmers have, do you want to go get that help? Most of the time there just simply aren‘t the finances to look at getting the professional help that they need," said Von Ruden. "There are some programs within the state of Wisconsin now through the Department of Agriculture that allow farmers to use the voucher program, so they can get that help they might need."

The Wisconsin Legislature approved the additional funding for that program last fall.

Other resources are available to farmers through UW-Extension and more are on the way through a joint initiative by national farm groups that will be ramping this spring.

Von Ruden said the best form of help may be neighbors helping neighbors.

"Small signs once in a while can mean a big difference and being aware of what’s going on around you," he said. "You might be able to help out a neighbor by offering to help with the chores one day. The bigger thing is to recognize when something looks different with your neighbors and your friends."