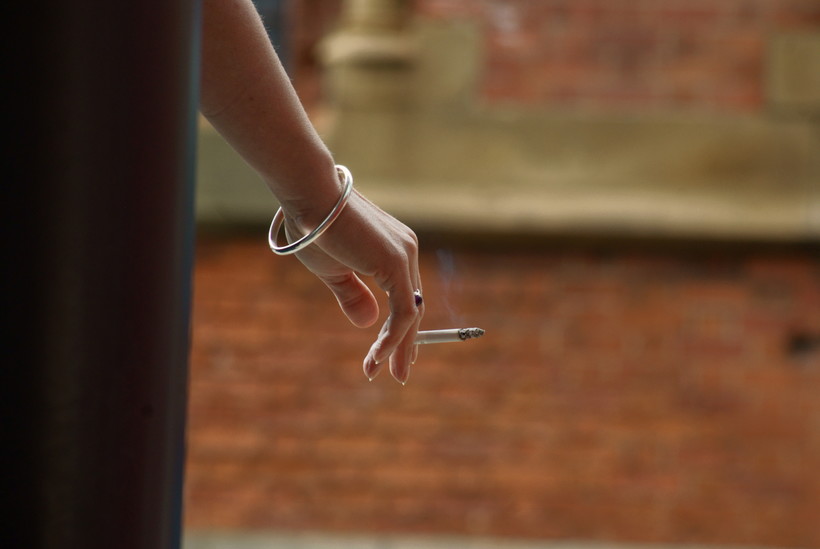 According to a new study from the University of Wisconsin-Milwaukee,14 percent of pregnant women in Wisconsin smoke, 5 percent higher than the national rate.

Since 1990, the percent of pregnant women who smoke in Wisconsin has decreased by about 40 percent, but that number isn't getting any better.

"Over about the past 10 years or so, we seem to be hovering at that 13 to 14 percent," said Dr. Karen Palmersheim, epidemiologist at UW-Milwaukee and author of the study. "That initial progress has stalled a little bit for some reason but we're not sure why."

Researchers also don’t have a clear answer for why Wisconsin’s rate is markedly higher than the nationwide average of 9 percent.

Palmersheim said a lot of factors influence whether a woman will smoke during pregnancy, including their level of education.

"There's a positive correlation between level of educational attainment and occupational category," Palmersheim said. "There's social norms that are associated with people based on where they live and where they work."

Palmersheim found that women who had a high school degree or less were 14 times more likely to smoke than women with a college degree.

Other groups who were at high risk for smoking during pregnancy included women age 18 to 24, American Indians, those who don’t receive prenatal care and women living in northern Wisconsin.

Kristine Alaniz, program manager for the Wisconsin Women’s Health Foundation, said poverty is prevalent many of these groups.

"A lot of the women in our program talk about just extreme stress. And not just stress like 'I have a lot of things on my to do list' but 'I don't know how I’m going to get food on the dinner table tonight'" Alaniz said. "They're in survival mode and so they use smoking as a coping mechanism."

Alaniz said many of the women in the First Breath program know that smoking is bad for their baby, but they don’t have the tools to quit.

"Telling a woman just to quit smoking is not really going to help at all because you can't just flip a switch and suddenly you're not addicted to nicotine anymore," Alaniz said. "Just because you become pregnant doesn't mean you can just stop smoking, it's a real struggle and women we work with report just an overwhelming amount of guilt and stress trying to deal with this."

Alaniz said First Breath hopes to better serve high risk groups identified by the study and get more women enrolled in the program.