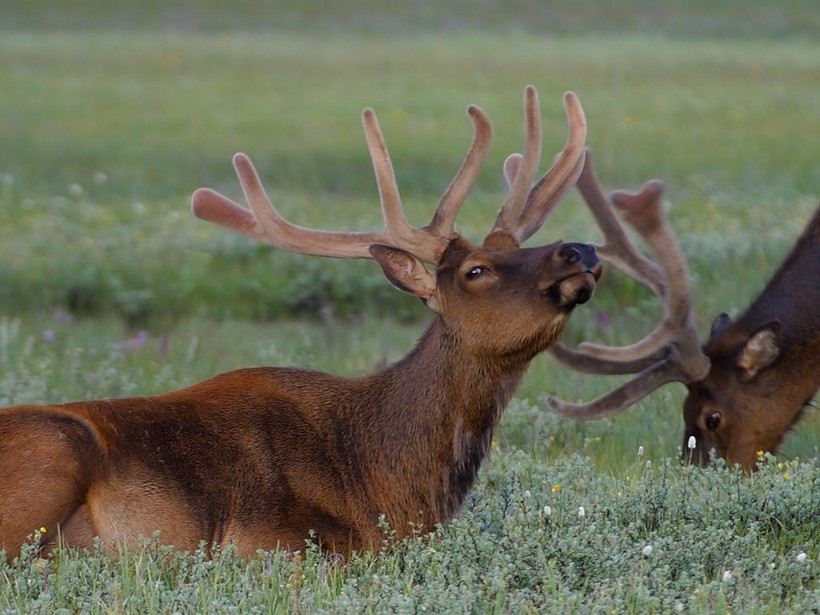 The growth of the elk population in the Clam Lake area of northern Wisconsin could lead to an elk hunting season as early as next year.

Hunting can take place once the elk herd reaches 200. Right now, there are about 180 elk up North. The Department of Natural Resources estimates 40 calves will be born next spring. So, plans are set for a hunt in the fall of 2013.

The number of permits will be 5% of the population so at 200, there would be 10 tags given out. It would be a bull hunt only. Half of the tags would go to tribal members and the other half to Wisconsin residents.

DNR Assistant Big Game Ecologist Scott Roepke thinks the first hunt won't have any noticeable impact on the herd because some bulls will breed up to 10 cows on the rut, "There's quite a few bulls out on the landscape that aren't serving any biological function in the herd so we call them a harvestable surplus. Initially the harvest of those 10 or so bulls won't have a noticeable impact."

Roepke says they want to get the public's opinion about the elk management plan at the upcoming meetings, "So we want to hear what people's concerns are, how much support there is for the elk, what they would like changed to the current plan amendment we have put together. We'll take the comments from these meetings and adjust the plan based on those comments."

If there is a bull season next fall, it would be from September 15 through October 15. The meetings began Monday in Hayward, and will be held Tuesday in Phillips, Wednesday in Ladysmith, Thursday in Black River Falls and October 8 in Pewaukee. There is also an elk survey that people can take on the Wisconsin DNR website.

This story corrects an erroneous statement in an earlier version that an elk hunt would be "bow only."