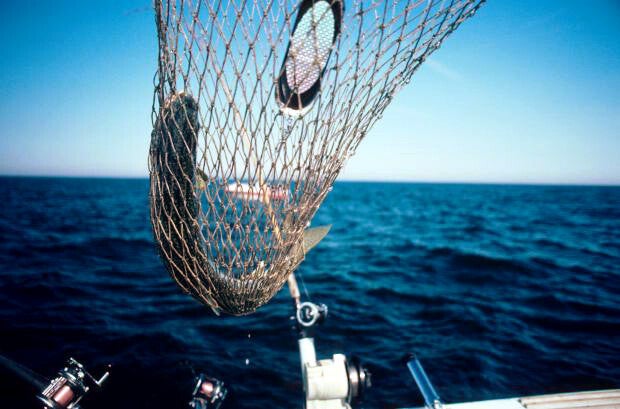 The Wisconsin Department of Natural Resources is holding public hearings on a draft management plan for Lake Superior fisheries. The draft is the most significant update to the plan in 30 years.

The DNR developed the plan with input from more than 25 stakeholders to set goals and objectives for future management. The plan outlines five primary goals: to protect fish habitats; support sport, commercial and tribal fisheries; improve science and monitoring; maximize resiliency; and maintain the social value of Lake Superior fisheries.

Lake Superior Fisheries Supervisor Brad Ray said some of the changes to the plan include assessing the impact of new and emerging contaminants, invasive species and climate change on the fisheries.

"The goal is to have a plan that directs what we’re going to do over the next 10 years, helps us maintain communication and work toward improving and maintaining the excellent fisheries that we do have," Ray said.

At a public hearing Monday in Superior, sports anglers voiced their concerns with the draft plan.

Ken Lundberg, vice president of the Brule River Sportsmen’s Club, said he’s worried about the DNR’s proposal to evaluate alternatives to stocking splake. The fish is a cross between lake trout and brook trout.

"We’re very concerned that they’re going to try to go back and restore brook trout at the expense of a very popular fish for the inland nearshore fishery," Lundberg said. "Our concerns are that we want to make sure that the splake, as long as it’s deemed safe, continues."

Ray said recent research has shown that splake may have negative interactions with native fish species like lake trout.

In Michigan, splake and lake trout were found trying to spawn at the same time. If the fish spawn together, Ray said the result could be detrimental to the long-term recovery and rehabilitation efforts of lake trout in Wisconsin waters of Lake Superior.

"We know that there’s potential for negative interactions," said Ray. "Is there something that we can still provide a nearshore fishery like the splake do, but might not be as potentially detrimental to the native species?"

He noted the plan only proposes to explore alternatives and assess stocking strategies at this time.

"There’s going to be impact and change in the fishery. ... If studies are required, we need to do them because we’re not going to sit and push for something that’s a negative," Lundberg said.

Ray said there are other impacts to consider with changing lamprey barriers, including potential introduction of disease and invasive species and impacts to existing species in the river.

Another public hearing will be heldat 6 p.m. Tuesday at the Northern Great Lakes Visitor Center in Ashland. The DNR is accepting public comment on the plan through Sunday, Oct. 20. The final plan would be released next year.