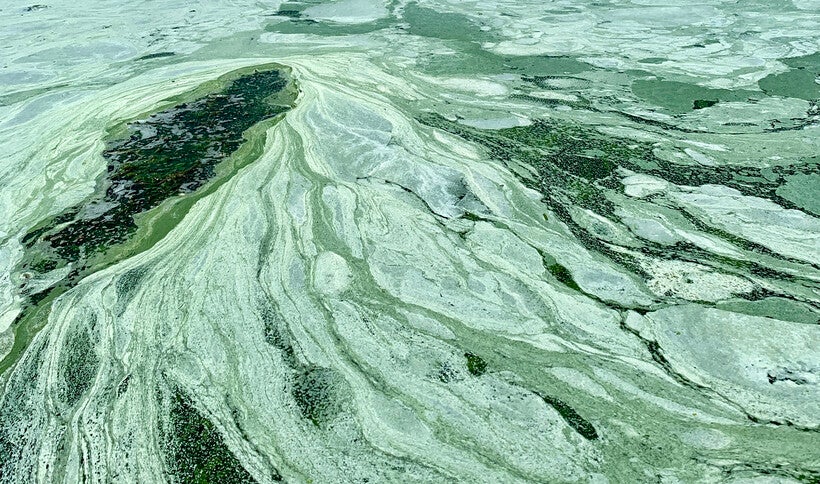 Pollutant Listings On Impaired Waters Have Doubled Since 2008
By Danielle Kaeding
Share:

The number of waterbodies that are impaired in Wisconsin continues to grow.

State environmental regulators are proposing to add 92 new bodies of water to the state’s list of polluted waters for 2022.

The Wisconsin Department of Natural Resources identifies rivers and lakes with impaired water quality every two years to meet requirements under the federal Clean Water Act. The agency lists waters as "impaired" if they don’t meet water quality standards and possibly prevent fishing, swimming or recreation in those waters.

The DNR announced Monday that more than 80 percent of Wisconsin’s lakes and rivers are healthy, mirroring a long-term trend. While most waters are in good condition, the agency has identified 1,285 polluted bodies or segments of water.

"We do have impairment issues, but we also have a lot of healthy waters around the state, which I know a lot of folks enjoy to recreate on," said Ashley Beranek, a surface water quality assessments coordinator for the DNR.

She said 142 waters have been added to the state’s healthy waters list, which now includes 7,841 waterbodies or segments across Wisconsin.

Waters that are listed as impaired will require a restoration that must be approved by the U.S. Environmental Protection Agency to improve fishing, swimming, recreation or other uses. Despite pollution, many waters listed can still be used in accordance with local guidelines.

The DNR added 33 waters to the state’s Restoration Waters List, which is made up of waters that already have a restoration plan approved by the EPA. Thirteen waters have also been proposed for delisting.

The COVID-19 pandemic hindered the DNR’s assessment of surface water quality last year. The agency conducted assessments on more than 2,000 water bodies since the last report. But, Beranek said water sampling wasn’t conducted for several months due to safety restrictions and some sampling was incomplete.

"I don't think that impacted a lot on our listing numbers, but it's possible that we could have had more healthy waters or maybe a couple more impaired waters if we'd had a full set of information from 2020," she said.

The DNR is proposing 115 pollutants be listed as contributing to impaired waters. The majority of the pollutants are for phosphorus and bacteria. Some waterbodies have multiple pollutants listed and new pollutant listings have been proposed on waters that are already identified as impaired.

The number of pollutant listings on impaired waters in Wisconsin has doubled since 2008, increasing from 738 to 1,526 under the 2022 draft list. Beranek said part of the reason for the increase is that they’re able to pinpoint pollution more easily now.

"One of the biggest impacts on that was the phosphorus criteria," said Beranek.

Too much phosphorus from industrial, municipal or farm runoff can fuel the growth of algae in state waters and potentially harm property values and public health. Wisconsin implemented new phosphorus criteria for rivers, lakes and streams in 2010.

"In 2012, that really increased the number of waters that we were listing as impaired because essentially we had a number to compare against, and we could say these waters have issues," she said.

Half of the new phosphorus listings already have a restoration plan in place or under development.

New water quality criteria for E. coli also led to an increase in the proposed list of pollutants for 2022, especially for beaches. The updated criteria allow fewer spikes in E. coli levels as an indicator of water quality during the summer.

Technological advancements, funding for investigations and more water assessments have also played a role in the growing list. Since 2008, the agency has increased the number of river and stream miles that have been assessed by more than 80 percent.

A handful of pollutants proposed for listing include PFOS that was detected in the tissue of fish within a waterbody. PFOS is among a class of forever chemicals referred to as PFAS that can be harmful to human health and don’t break down easily in the environment. The new listings are associated with recent fish consumption advisories.

The DNR is removing 22 pollutant listings as part of remediation efforts, including for phosphorus and contaminated sediment.

Wisconsin has around 86,000 miles of streams and 17,000 lakes, as well as 650 miles of Great Lakes coastline and more than 5 million acres of wetlands.