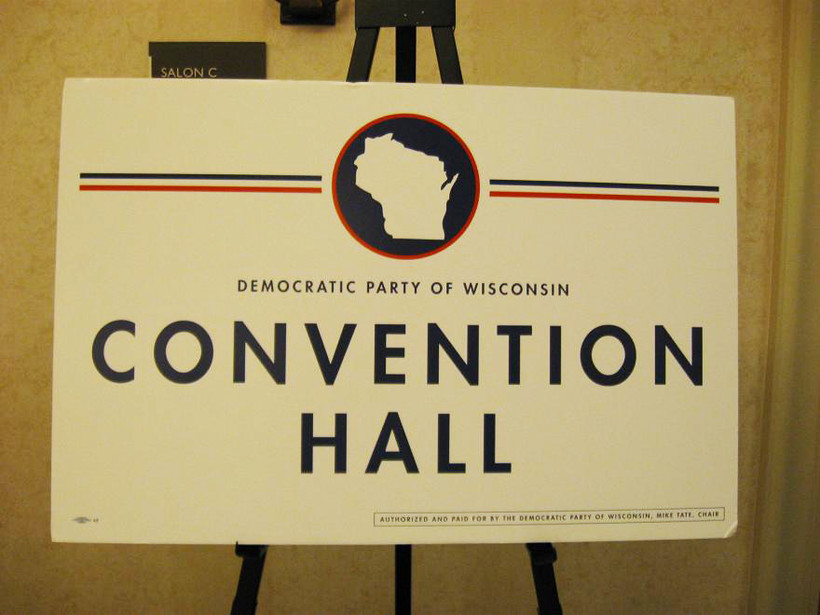 Wisconsin's Democrats are coming off of a bad week after Scott Walker's victory in the recall election.  The party is meeting in Appleton this weekend for its annual state convention.  Despite the defeat, a spokesman says Democrats are ready to keep up the fight.

Fifteen-hundred Democrats will be in Appleton for the annual convention. The event is shaping up to be a sort of "pep rally" for Democrats after Tom Barrett's loss.

The state Republican Party released a statement saying the main item of business will be "damage control."

But Democratic spokesman Graeme Zielinski says this week's election outcome wasn't so much an endorsement of the incumbent governor, but voters' discomfort with the recall process as a whole, "We cannot afford to stop right now because the existence of the middle class and our institutions are at stake.  So you're not going to see any bellyaching or head hanging, anything like that because we understand that we have an election in November. We can win back the majority in the assembly. We can elect Tammy Baldwin our senator and re-elect president Obama."

Zielenski says a main focus of this summer and fall's campaigning will be on the John Doe investigation involving alleged fraud by some of Scott Walker's former aides while he was Milwaukee County executive, "He's not paying hundreds of thousands of dollars in criminal defense funds for parking tickets."

Walker has not been formally charged with any wrongdoing.

Tammy Baldwin is scheduled to speak Friday evening, followed by Florida Rep. Debbie Wasserman Schultz who is also the chair of the Democratic National Committee.