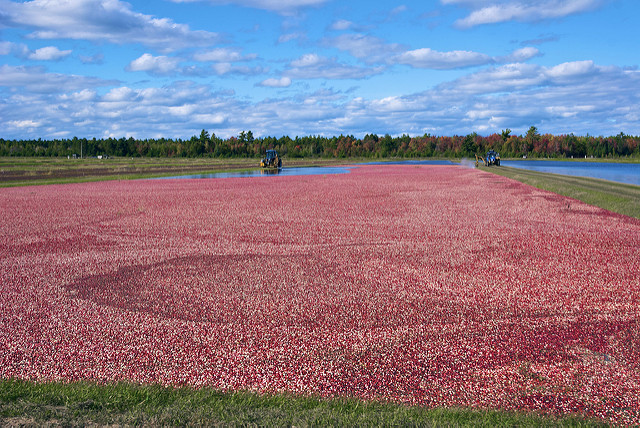 Cranberry growers in Wisconsin are expecting increased yields this year thanks to a favorable growing season.

The U.S. Department of Agriculture’s latest report estimated that Wisconsin will produce more than 5.2 million barrels of cranberries—more than half of all U.S. cranberry production.

But Tom Lochner, executive director of the Wisconsin State Cranberry Growers Association, said the increased production isn’t from expansions in the cranberry industry.

"We haven't seen a whole lot of new acreage go into the ground here in Wisconsin just because of the economics that growers are seeing," Lochner said. "It doesn't pay to invest in new acreage or for new growers to come in."

"Traditionally cranberries have been looked at as a holiday type of product, but at the same time, most of our fruit is sold outside of the Thanksgiving and Christmas holidays, and less than 5 percent of fruit is even sold as fresh fruit anymore," he said.

Lochner said growers have been working to promote new ways to use the fruit outside of traditional juices or holiday dishes in order to combat the oversupply.

"Growers in particular are looking at how they can add value to their crop and vertically integrate so that not only are they just growing the crop, but they're also creating the products that end up on the shelves and marketing those products," he said.

Lochner said cranberry growers have been working to increase international sales of cranberries in places like China, Germany and Mexico.