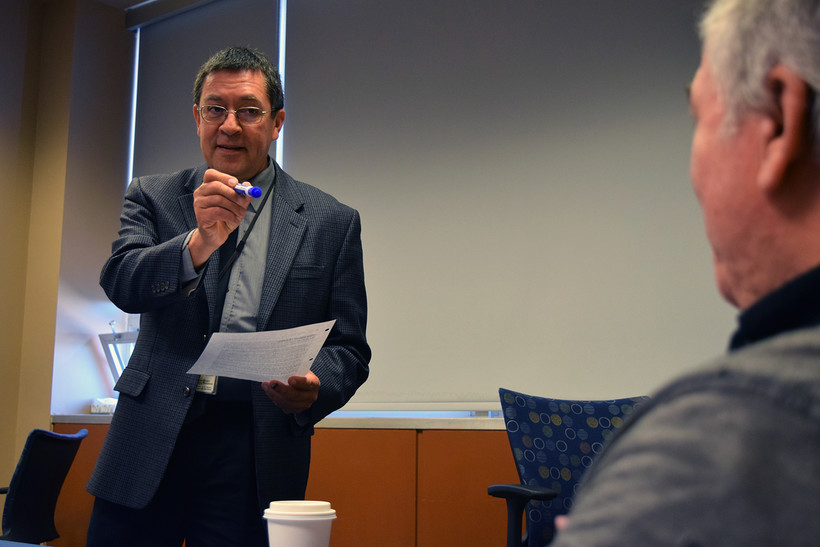 Wisconsin Courtrooms Grapple With A Lack Of Interpreters

Some Rarer Languages Have No Fully Certified Interpreters Living In The State
By Marylee Williams
Share:

Enrique Soria points his marker at people sitting around a table while reading a script in English. As he reads, participants repeat his words back to him in Hmong, Arabic and other languages.

Soria is helping them practice simultaneous interpreting — interpreting while being spoken to — which is a skill they hope to use in courtrooms.

Training workshops like this one that recently took place over two days in Madison are the first step in becoming a certified court interpreter in the Wisconsin Court System.

Vaab Erin Xiong, a medical and civil interpreter, was at this training. She wants to get certified in Hmong, and she said court interpreting is about more than being bilingual.

"Just because you can speak a language or two languages doesn’t mean you’re qualified to interpret, period," Xiong said. "Let alone be a certified interpreter and know what all the legal jargon was and all the vocabulary and terms."

Wisconsin courtrooms are grappling with a lack of certified court interpreters in rare languages, in this case meaning anything other than Spanish. 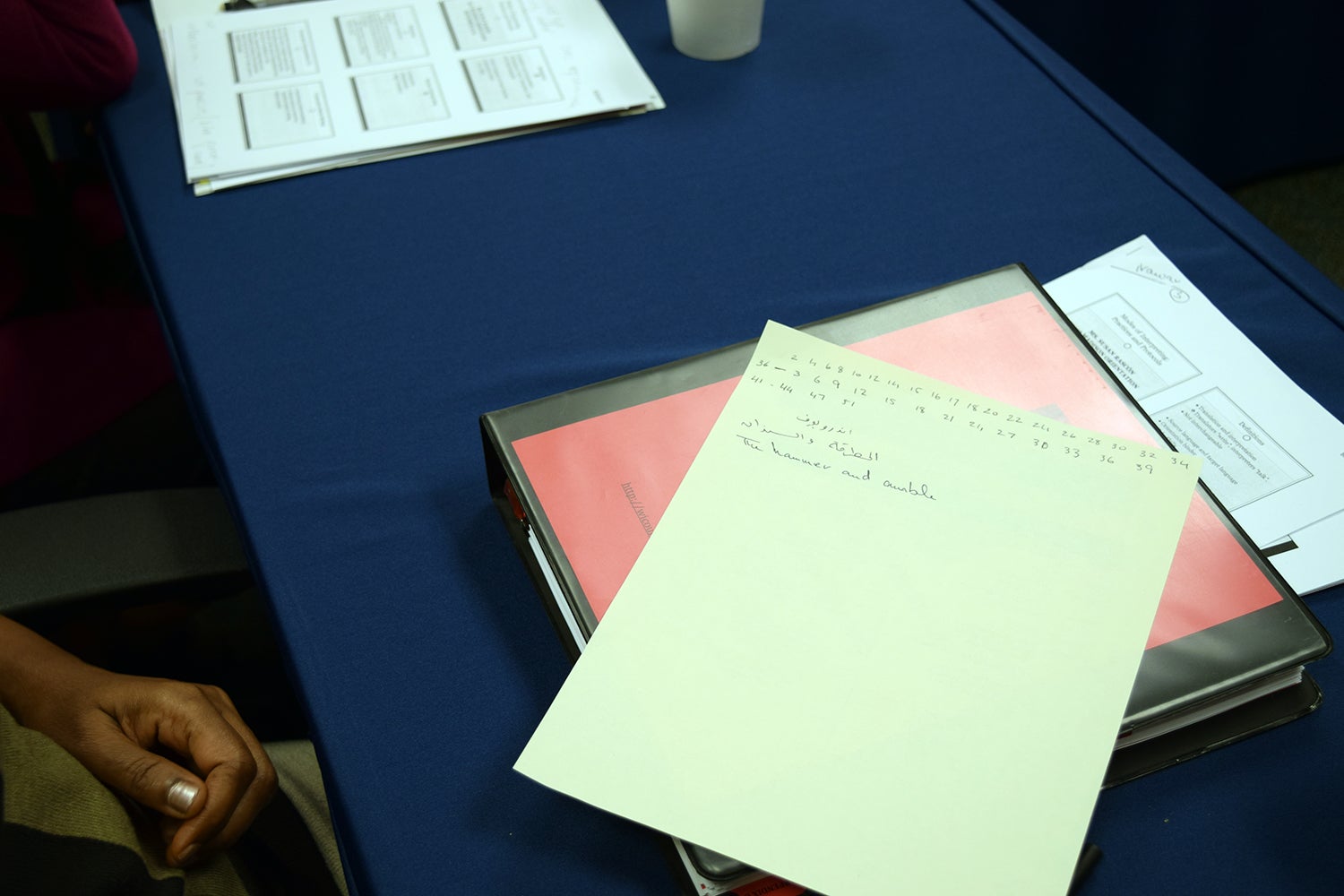 A notebook of a participant attending the interpreter training. Marylee Williams

In addition to there being no fully certified interpreters for these rare languages, oral certification exams aren't even offered for Burmese and several other languages. Instead, the state conducts oral proficiency interviews.

"(Court interpreters) have all the interpreting skills that are needed to perform in court, and that's things like short term memory, very fast cognitive processing, you know, great listening skills, understanding of legal terminology, understanding of a code of ethics," she said.

If someone wants to get certified, they have to complete the two-day training and pass two examinations, written and oral, among other requirements.

Capati said there’s a need for more court interpreters who speak rare languages. She said unqualified people do come into court, and that’s why the state has certification testing —because it’s quality control.

"It's not just a challenge for our state," she said. "It's a challenge for all those other states that have … immigrant and refugee populations of individuals who speak rare languages where they get to have their day in court too ... and it's our job to try to make that day happen and try to find an interpreter who can help you convey your story," Capati said.

Interpreters don’t have to be fully certified to work in court, and, according to retired Dane County Circuit Court Judge Bill Foust, judges might weigh the importance of the court proceedings against if they need to wait for a certified interpreter.

If the court isn’t using a certified interpreter, then they will speak with the interpreter to gauge qualifications and potentially catch any issues.

"There is a colloquy that a judge ought to engage in with someone who is not a certified interpreter," Foust said. "The certification makes it easy to approve the use of that interpreter in a court proceeding."

Foust said for a scheduling hearing where the participants are discussing dates and times, you don’t necessarily need a certified interpreter. He said he’s been in a proceeding where people have brought family members in as interpreters.

"(Their) son or daughter is there, and they say 'Well, I'll interpret for mom or dad,'" he said. "If you're talking about are we going to come back to court next Tuesday maybe that's okay. If we're talking about a divorce case and mom and dad are fighting or disagreeing over something, having a child being an interpreter is a really bad idea."

Foust said he thinks it’s better to wait for a certified interpreter for trials. According to him, there are risks if the interpreter isn’t able to do the job and meet the requirements.

"You're risking having your whole court proceeding be overturned if it can later be proven that the interpreter was bad," he said.

Courts can put off proceedings if one or two interpreters can’t be located in time. There’s also the possibility of a judge halting proceedings or starting over if there’s a problem with the interpreter.

Telephonic interpreting is an option that courts can turn to if necessary.

Enrique Soria, who was helping at the Madison training session, is a certified Spanish interpreter. He said mistakes do happen when interpreting, and it’s the interpreter’s responsibility to make sure those mistakes are corrected.

"There's lots of detail and specificity in the legal world, and that's why interpreters need to be trained and need to do study and need to have an extensive practice in observation so they can do this job well and do it correctly, because people's lives and careers and relationships are all at stake," Soria said.

For trials, interpreters will work in teams to help catch mistakes and also give the interpreter a break from the mentally taxing work.

Soria was working a termination of parental rights case with an uncertified interpreter who misinterpreted a father’s answer as to why he didn’t see his child during summer vacation.

He said the interpreter incorrectly interpreted the father’s answer of, "I was not able to," to "I didn’t want to," which in this case meant a lot.

"If that interpretation had been allowed to stand, that father would have gone on record of saying, 'I didn't want a relationship with my child, that's why I didn't come to Wisconsin cause I didn't want to,'" Soria said. "Then it would have been a slam dunk for the courts to say 'your rights as a father are terminated, goodbye.'"

Along with having to meet the certification requirements, it can be expensive. All together, it costs around $500 to meet state requirements, not to mention the time invested in studying.

Capati, the head of the interpreter program, said she thinks interpreters make this investment for a reason.

To try and recruit more people who speak rarer languages, Capati said she works with other departments like refugee services, and offers scholarships. Along with testing and recruiting more interpreters, Capati also conducts trainings for judges to help them learn how to work with and identify issues with court interpreters.