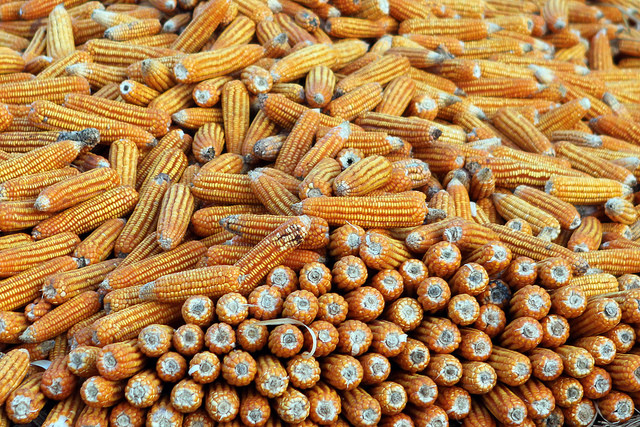 With corn and soybeans growing in abundance, Wisconsin farmers are worried low commodity prices will mean another year of financial stress.

Hot and rainy weather has been good for crops over the last few weeks. Almost 90 percent of the state's corn and soybeans are in good to excellent condition, according to the latest U.S. Department of Agriculture Crop Progress report.

But Monday was the first time in five years corn prices dropped below $3 per bushel, said Nick Baker, University of Wisconsin-Extension agricultural agent.

"The flip side of having three years of really good crops in a row means we've got a pretty good supply in the pipeline right now," Baker said. "Export numbers are kind of weak to slow which means the commodity prices are down."

And a bumper crop of corn and soybeans could make things worse. While Baker said it’s too early to know for sure, conditions are right for this year’s yields to be a success.

"Nationwide, the corn crop is ahead of pollination from where it was a year ago," Baker said. "There's a greater percentage of the corn crop nationally rated at very good or above than there was last year."

Producers who grow crops to feed their livestock could see the abundant harvest as a relief.

"(If) you're able to grow more than you normally do, that would help reduce the amount of purchase feed needed," said Bill Halfman, a UW-Extension agricultural agent in Monroe County.

But Darin Von Ruden, president of the Wisconsin Farmers Union, said a high yield isn't good if it drives commodity prices too low.

"When the harvesting is done and you're still owing quite a bit on your input side and (the) price dropped far enough, you don't cover your cost," Von Ruden said. "It's kind of a blessing because you have the bins and the silos full, but in the end when you look at the financial side of it, there might be an issue."

After last year’s drop in commodity prices, farmers are having to make tough choices to make ends meet.

"Either farmers (are) having to decrease land rent or (are) not renting high priced ground because it's just not going to be profitable this year," Baker said. "We're also seeing a reduction in new purchases, a reduction in replacing equipment, maybe repairing things and trying to get another year or two out of them."

Baker said farmers are also hoping to save on input costs like fungicides because crops are healthy this year.

August is a crucial month for determining the season’s yields. Halfman said too much heat or dry weather could impact the quality of crops in the coming weeks.