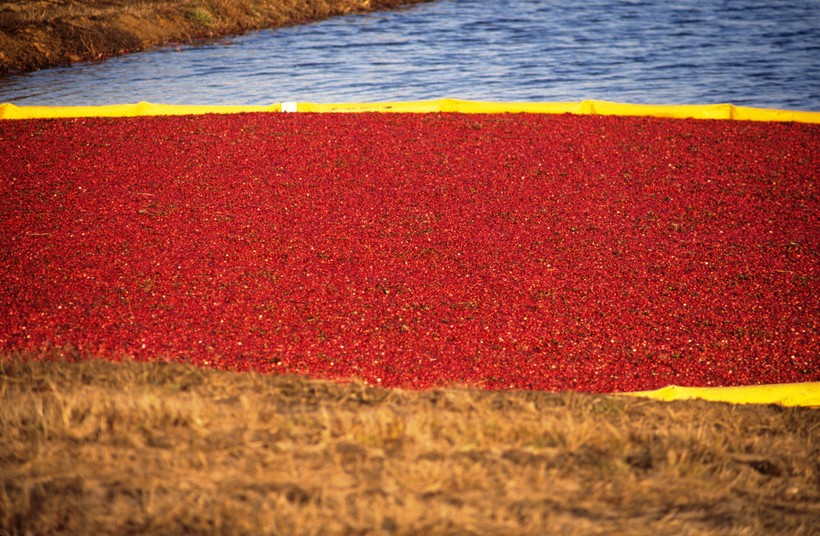 As Wisconsin cranberry bogs turn red and harvest of the fruit begins, Wisconsin residents can expect to continue to lead the country as the nation's top producer of the berry for the 20th year in a row.

Tom Lochner, the executive director of the Wisconsin State Cranberry Growers Association, said Wisconsin's crop will be about 5.3 million barrels of fruit. Each barrel contains about 100 pounds of cranberries.

"This year's crop is off a little bit from last year's record crop, but still is a very, very good crop," Lochner said.

That record crop from 2013 amounted to 5.8 million barrels of cranberries.

Lochner said Wisconsin leads the nation in production because there's a great climate for the fruit here and growers do a good job of managing the crop, among other reasons. He said that in his opinion, those factors are what make the state the best place to grow cranberries in the world.

However, Lochner said that over the past three to five years there has been an increase in inventory of cranberries, despite efforts to grow the market both domestically and internationally.

“We've been better at growing the fruit than marketing it, and as a result, we've seen these inventories grow,” he said. “Prices for growers have been depressed to levels where they're below the cost of production.”

Lochner said that growers and the industry are investing in marketing and product development and are especially focused on international markets.

“About 20 years ago, we probably exported 3 to 5 percent of the crop,” Lochner said. “Last year, we exported about 35 percent of the crop, so we've been building markets overseas and we see an opportunity for growth there. And hopefully if we can do that, we’ll use up some of the fruit and then also see grower returns get up to where they're economically sustainable.”

Lochner said the largest markets overseas include the European Union, United Kingdom, Mexico, and Australia. Countries also being considered as an opportunity for expansion include China, Korea, and Russia.

To see a harvest or find a cranberry festival in the state, visit the Wisconsin Cranberry Grower's Association website.