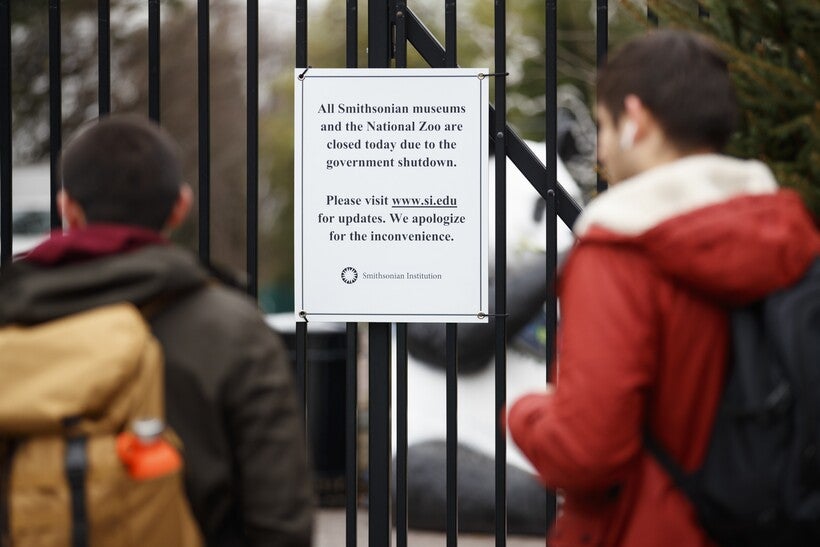 Congressional lawmakers are no closer to reopening the government despite a meeting on Friday between senior Democratic leaders and President Donald Trump. Wisconsin lawmakers are also at odds over solving the partial government shutdown.

U.S. House Rep. Mark Pocan, D-Madison, said he would like to see U.S. Senate Republicans and the president fund all government agencies through the end of September, except the U.S. Department of Homeland Security, "so that we can continue to have the conversation with the president about the border, but not hold hostage every other federal agency that doesn't have a funding bill."

The plan passed by House Democrats on Thursday is nearly identical to one passed by the U.S. Senate last month. The legislation would fund Homeland Security through Feb. 8.

In a Facebook post, U.S. Sen. Tammy Baldwin, D-Madison, said Trump broke a promise to supporters about who would fund a border wall between the United States and Mexico.

Pocan accused Trump of holding his breath "like a spoiled child" and using the government shutdown as a distraction from the Mueller investigation of the Russian government’s attempts to interfere with the 2016 presidential election. He also said Democrats support securing the border using modern technology.

"But not doing something that’s as expensive and such a terrible public relations message to the world as a giant wall," he said.

However, U.S. Rep. Glenn Grothman, R-Glenbeulah, said Friday he was glad Trump is holding out, but he wished the president was seeking more than $5 billion for a border wall.

He argued Democrats supported a border wall when they authorized fencing along the U.S.-Mexico border more than a decade ago. In a tweet on Friday, U.S. Rep. Sean Duffy, R-Weston, said immediate action is needed to secure the border.

We can’t wait any longer to protect our families, secure our border, and build the wall. But, Pelosi and Schumer continue to obstruct everything @realDonaldTrump supports. RT if you agree: it’s time to end the shutdown and put the safety of all Americans first. pic.twitter.com/wD9MriQ4py

"It’s a cost-saving measure because of the medical costs to illegals, the education cost, the criminal justice cost — not to mention all the heroin and drugs coming across the border," he said.

Grothman introduced a bill on Friday that would create an account within the Treasury Department to allow people to crowdsource or donate money to fund construction of a border wall.

In a tweet Thursday, U.S. Rep. Ron Kind, D-La Crosse, said his colleagues should put differences aside to work together in the new Congress.

Today, we enter a new chapter in our representative democracy. Progress is only possible in a divided government if we put our differences aside and work together to move Wisconsin – and America - forward. #116thCongress

Meanwhile, U.S. Rep. Mike Gallagher, R-Green Bay, told his Twitter followers in a video Thursday that the Democrats’ plan is "the worst of all possible outcomes."

"It just punted the issue to February for starters so it didn't actually do anything meaningful. We didn't resolve this debate," Gallagher said in the video. "Indeed, I've come to believe that (there) are people on both sides perhaps that want this debate so they can use it politically."

Gallagher said the legislation that was passed by Democrats was an example of bad process for "taking the Senate bills and swallowing it."

"Last night, the House of Representatives voted to end the Trump shutdown," said Moore. "Yet, President Trump continues to hold millions of Americans and hundreds of thousands of workers hostage to his erratic demands for an ineffective and inefficient border wall. This is not leadership. It’s time for President Trump and the Senate to reopen the government."

"We need to reopen the government," Steil said Friday. "The legislation voted on the floor last night was not a serious attempt to end the shutdown. Rather than grandstanding, I urge leadership to bring a bill to the floor that can pass through the Senate and can be signed by the president. I'm committed to finding common ground, ending the shutdown, and providing necessary funding for enhanced border security."