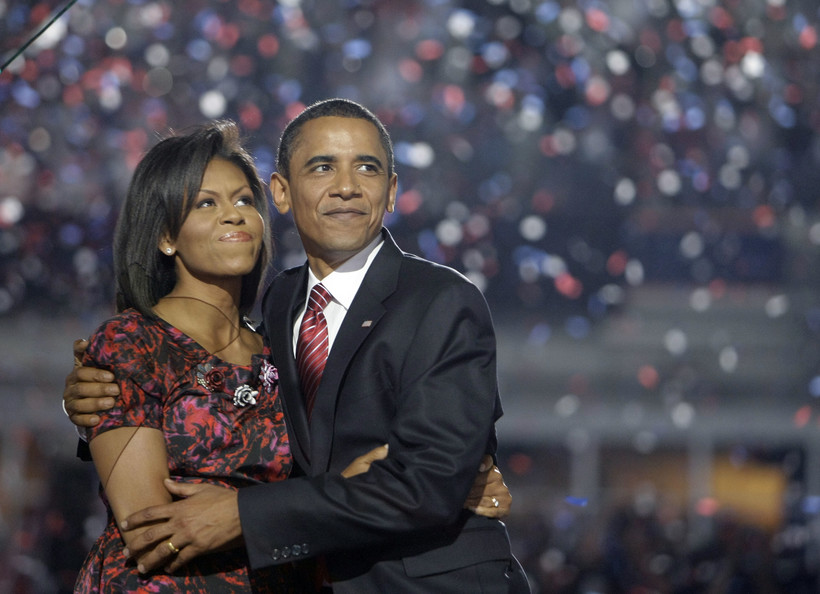 Among the eventually presidential nominees Wisconsin has voted for in its primary? Barack Obama, shown above at the 2008 Democratic convention. AP Photo/Alex Brandon

Wisconsin Is Best In The Nation At Picking Presidential Nominees

Despite what you heard from the fine folks of New Hampshire, it’s Wisconsin that actually picks presidents.

Since the modern primary system emerged, Wisconsin has voted for the eventual presidential nominees nearly 94 percent of the time — the highest rate in the nation.

"There’s something about Wisconsin in particular, where Wisconsin has been better able to predict both sides, both the Republican and Democratic sides, who the nominee is going to be," said Philip Bump, a writer for The Washington Post's politics blog "The Fix."

In fact, Wisconsin has only gotten it wrong once since 1968. The state’s one blemish: Gary Hart, whom Wisconsinites picked over Walter Mondale in 1984. (That could have had something to do with the fact that Mondale was from Minnesota, joked Bump.)

It's no wonder all of the presidential candidates are spending so much time this week in the Badger State, name-dropping Aaron Rodgers and eating cheese balls at Sobelman’s in Milwaukee.

Rounding out the top five states in terms of election predictiveness are Illinois, Idaho, Missouri and Virginia. Alaska proved to be the worst state at picking presidential nominees, suffering a bad run from 1976 to 1996 when it picked just one eventual nominee.

So what gives? Is it dumb luck or does the data confirm what most Wisconsinites have thought all along?

Part of the answer, said Bump, is the fact that Wisconsin’s primary happens in the middle of the primary process, when the field has narrowed. In Iowa, the nation’s first nominating contest, there were 12 Republican candidates to choose from. Wisconsin voters, however, had three choices in Tuesday’s primary.

"When you have odds like that, when you’re always going early, you always have more candidates who you can choose from who will end up not being the nominee. So they sort of have that working against them to some extent," said Bump.

But on the other hand, said Bump, Montana and other late-voting states have worse track records than Wisconsin.

Bump warned that Wisconsin could soon lose its bragging rights if things go along as many pollsters suspect: According to the latest Marquette Law School poll, Sens. Ted Cruz and Bernie Sanders are expected to win Tuesday’s primary. Many believe, at least at this point, that those candidates won't end up clinching the nomination.