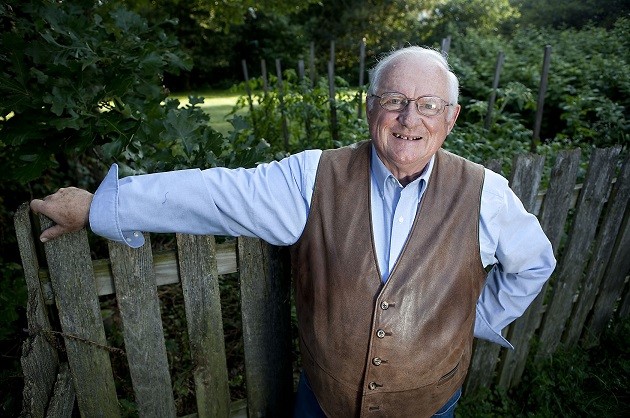 Unexpected good can come out of bad situations, and for Jerry Apps, misfortune led to his lifelong career as a wordsmith.

Apps is a Wisconsin storyteller and the author of many books, including his most recent, "Whispers and Shadows: A Naturalist’s Memoir." He said that in 1947, when he was in eighth grade, he had polio. Being weak physically and unable to help out on the family farm gave him the opportunity to read more than if he had been able-bodied.

"Polio is largely why I’m a writer today. Because I couldn’t play basketball, I couldn't play baseball — I couldn't walk for a very long time," Apps said.

All freshman at Wild Rose High School were expected to try out for the baseball team, but Apps said that because of his disability, he quickly got hit in the head with a pitched ball.

The coach told Apps that he probably would not make the baseball team, but he offered an alternative activity to him.

"Oh, how I will thank Paul Wright, who was the coach in 1947, for saying to me, 'I think you should take typewriting.' Because little did I know that the typewriting class was also the newspaper staff," Apps said.

As a result of following that advice, Apps became a reporter for the Rosebud, which was the Wild Rose High School newspaper. In subsequent years, he became assistant editor and the editor.

"(I was) making assignments for others to report, and of course I was typing most of it because I knew how. That’s what set that group apart. If you knew how to type, then you were a candidate for the Rosebud," Apps said.

Aside from the career path that typing class set him on, Apps noted another upside: "That class was made up of all girls, which wasn’t all that bad in the first place."

You can read more about Apps' experience with polio in an earlier memoir, "Limping Through Life."