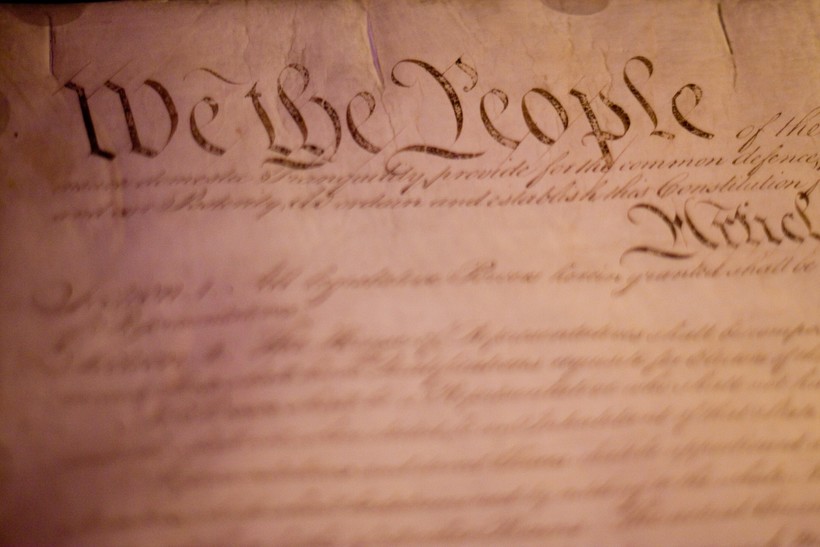 Ahead of an expected vote in the Wisconsin Legislature that would help pave the way for adding a balanced budget amendment to the U.S. Constitution, a liberal watchdog group is urging lawmakers to just say no.

Wisconsin’s effort is being spearheaded by Sen. Chris Kapenga, R-Brookfield, out of concerns about the nearly $20 trillion and growing national debt.

"Debt was the downfall of most civilizations," Kapenga said during a legislative hearing in March. "We’ve never seen this type of debt before."

Critics warn a convention of the states could result in changes well beyond a balanced budget amendment and threaten constitutional protections, such as civil rights, voting rights, women’s rights and more. Article V does not contain limits on the scope of a convention once called.

"They might decide to say, 'Hey, while we’re here, why don’t we take a look at whether or not it was wise to give 18-year-olds the vote' … or they might say, 'Well, you know, women, all right, we did give them the vote, but you know, maybe they shouldn’t have it anymore,'" said Jay Heck, executive director of Common Cause in Wisconsin.

"What I’m saying is that there is no guarantee at all that a constitutional convention, which we’ve not had since 1787, would restrict itself to addressing the issue of debt ... or a balanced budget," Heck said. "It could mean the end of democracy as we know it, conceivably, in a runaway convention."

The more traditional way of amending the Constitution is by approval of two-thirds of both the House and Senate, which has been done 27 times. Whatever the approach, any amendment must then be ratified by three-fourths of the states, or 38 in total, to become part of the Constitution.

Heck said there’s nothing stopping Kapenga or other advocates for a balanced budget amendment from getting one passed through Congress. However, supporters of a convention, including Gov. Scott Walker, doubt members of Congress would actually pass a measure to inject stiff fiscal restraints into the budget — even if 75 percent of the states want it.

"I think it makes sense for the people of this country to say we want to have a say," Walker said last week.

Other Wisconsin Republicans have big hang-ups with the notion of a Constitutional convention. Wisconsin Senate Majority Leader Scott Fitzgerald, R-Juneau, said he needs more information on the scope of the plan.

The full Assembly is planning to vote on the measure Wednesday. If it passes, it would go to the Senate.