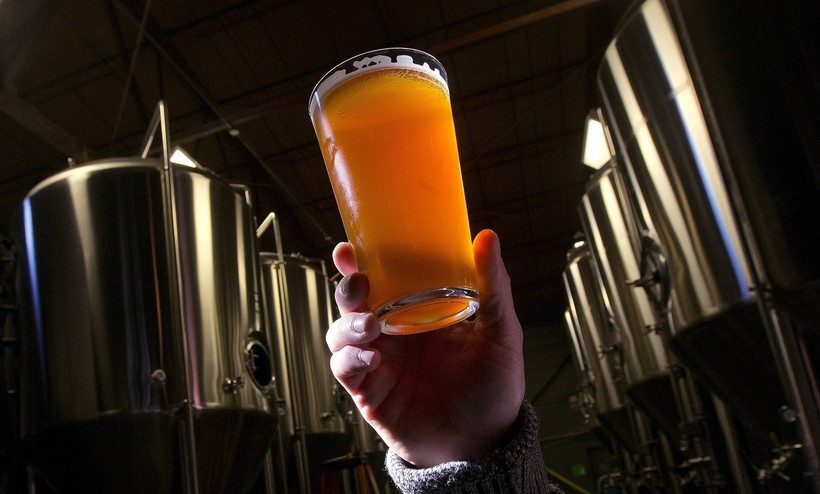 Breweries, distilleries and wineries are required to have a permit from the Alcohol and Tobacco Tax and Trade Bureau (TTB). It’s one of the agencies that is not operating under the partial shutdown, so any producers who applied for a permit are in limbo until the TTB resumes work and can process applications.

Brian Sammons, president of the Wisconsin Distillers Guild, said that could be a problem for many startups because their businesses are already incurring monthly costs.

"You have to have a location before you can even apply for a permit. So you're going to have to sign a lease, which means you need to have financing, which means you have finance payments," said Sammons, who is also founder of Twisted Path Distillery in Milwaukee. "It’s something you plan on because it's a known thing, but the shutdown would certainly add to that in a way that’s not necessarily planned for."

Noah Marach is co-founder of Agonic Brewing Company, a microbrewery being built in Rice Lake. Marach applied for a brewers permit at the start of December and expected the process to take around 80 days.

"We were trying to match construction time to permit time," Marach said. "You’re going to have delays on both sides of that but with this government shutdown, this is something we did not factor into our business plan."

Marach said he’s been able to continue construction and he hopes to have the brewery open by April if he gets the permit in time. 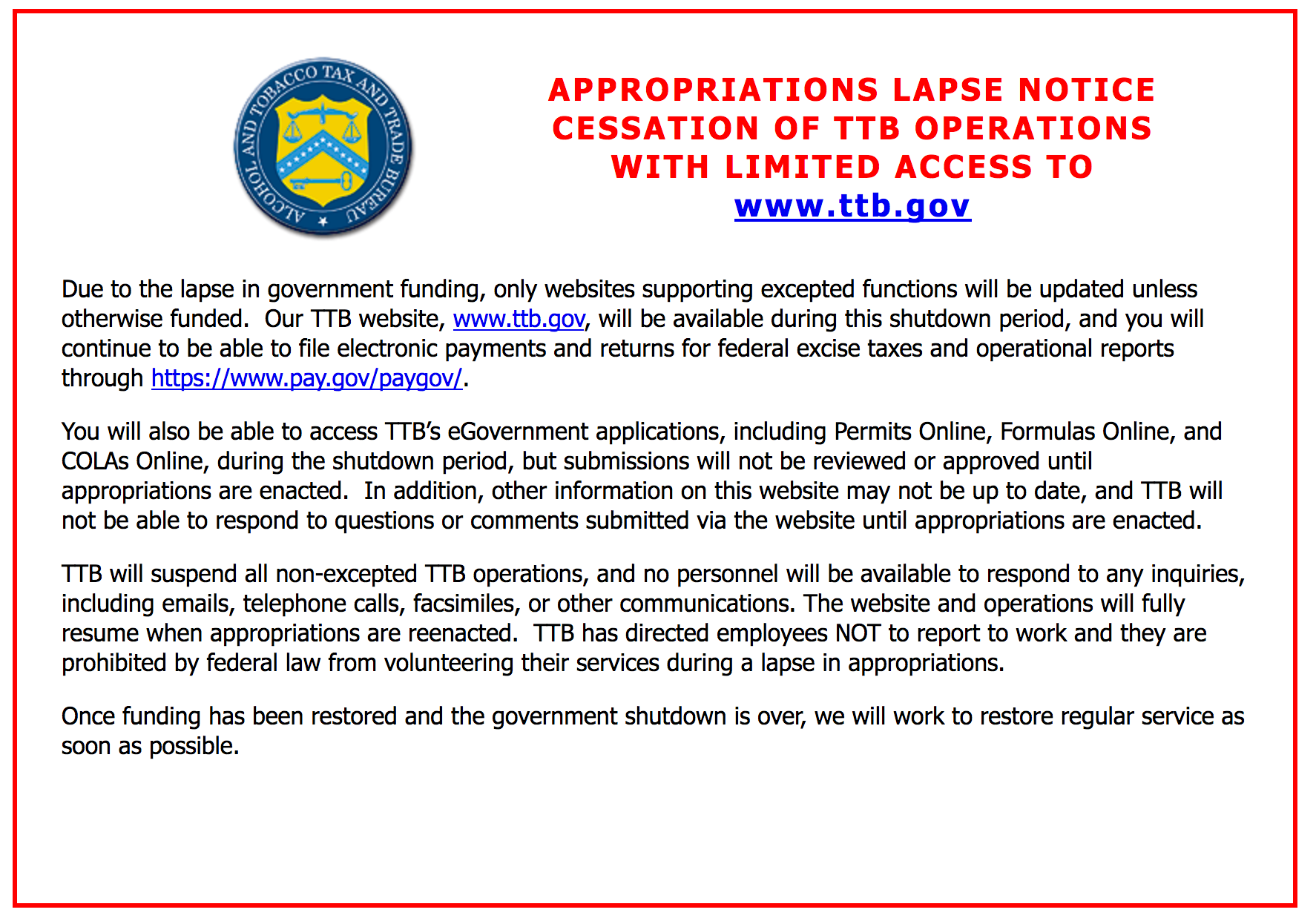 A screen shot taken Friday, Jan. 4, 2018 shows a notice showing a stop in services at the Alcohol and Tobacco Tax and Trade Bureau pops up before viewers are directed to the agency's website, www.ttb.gov.

Some producers already in operation are also being impacted by the shutdown as they wait for the approval of new products.

Mark Garthwaite, executive director of the Wisconsin Brewers Guild, said the TTB has to approve the label of new products sold outside of the state. Producers also have to get TTB approval for non-traditional ingredients used — such as spices, chocolate and herbs — in their products.

"A small and independent craft brewery, it's disproportionately affected because they often introduce new products on a regular basis," Garthwaite said.

Garthwaite said the longer the shutdown runs, the greater the backlog of applications waiting for approval when the agency returns to work.

With the influx of new craft producers across the United States, Garthwaite said the backlog of applications will likely be more significant than during the 16-day government shutdown under the Obama administration.

"Every brewery in the United States has to get those approvals," Garthwaite said. "So compared to 2013, the impact would be much more substantial now."

Sammons, of the Wisconsin Distillers Guild, said that delay could have multiple financial impacts on craft producers.

"If you’re unlucky, you might have a lot of other things timed for your rollout, as far as planning for a rollout event and things like that," Sammons said. "Then it could all be up in the air and an open question of whether it would have to be rescheduled or delayed."