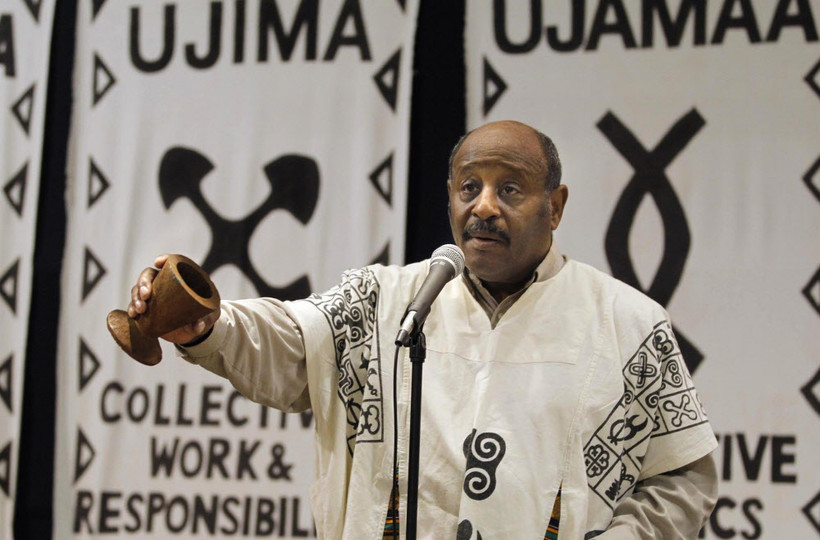 Clayborn Benson's father was a brick mason, and so was his father before him and on down the line for generations back to 1810.

That wasn't uncommon for African-Americans, Benson said. Neither was his family's migration to the Midwest, living in impoverished neighborhoods or dealing with the multiple robberies of his family's Chicago apartment.

"My past is not an unusual past," he said.

In fact, Benson, the founding director of the Black Historical Society and Museum in Milwaukee, said his experience mirrors that of many African-Americans both nationwide and in Wisconsin whose stories are told through exhibits at the museum, which celebrates its 30th anniversary this year.

With a goal of preserving black history in the state, the society opened in 1987 and became a member of the Wisconsin Historical Society in 1988 — the same year the museum was established. It's located in a former fire station on the corner of N. 27th and W. Center streets in Milwaukee.

Benson began by collecting artifacts and materials to create exhibits and highlight stories he heard while in high school and also while producing a film, "Black Communities," while earning his undergraduate degree in filmmaking.

"What I wanted to do is talk about people who have made significant contributions and look at why African-Americans moved here," he said. "What they have accomplished while living here, what laws have been in place to make life easier or difficult for them, and those kinds of things."

Wisconsin's relationship to African-Americans is particularly storied and significant, Benson said. For one, Wisconsin was the only state in the union to defy the federal fugitive slave law that required states to return runaway slaves to their property owners. Wisconsin openly told the federal government that it wouldn't comply with the law.

Civil rights activist Lloyd Barbee's successful lawsuit calling for desegregation of Milwaukee schools in 1965 and protests against housing discrimination that led to the Fair Housing Act were also lauded by Benson as movements that set Wisconsin apart from other states.

Benson, who can recall the names and dates of black pioneers with ease, believes that visitors to the museum need to first understand themselves before they can get a sense of what the history of black Americans truly means.

"They can understand history when they look at it through their own eyes," he said.

When people arrive at the museum, they expect to learn about the past of African-Americans in the state. But Benson often presents them with basic questions first, for example to name African-American holidays, including Kwanzaa, Juneteenth and Martin Luther King Jr. Day.

"What I do is plant that seed," he said. "I try to encourage them to think about themselves first and their own history."

Benson said the museum is particularly important for young people to give them a sense of how African-Americans have contributed to the state and how they relate to the their own lives.

"They learn about how they and their ancestors contributed to making this state what it is," he said. "And we certainly have left a tremendous footprint on this state's history."

The society and museum assists individuals and groups such as those from churches and schools. Staff also offer genealogy lessons, which is important because it teaches people more about who they are, Benson said.

"People walk around ... carrying their mothers' and fathers' names and not understanding why, and what we do is explain why," he said. "We explain how important they are and teach them tools they can use to trace their family history back as far as they want to go."

To celebrate its 30-year history as the only institution of its kind in the state, the society is hosting a series of events including an anniversary gala on Nov. 3.