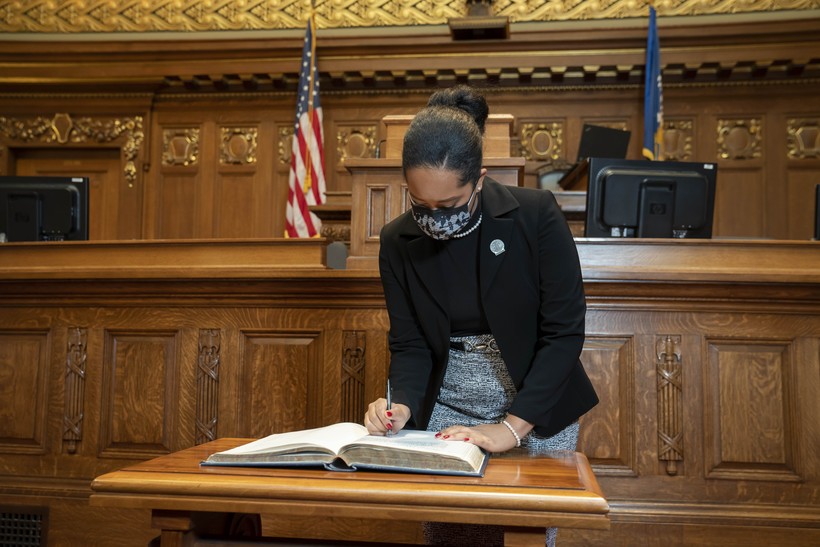 Drake's win meant that Wisconsin would become one of 14 states in the nation with Black female representation greater than the proportion of Black women in the state, according to a report released in March by the National Organization of Black Elected Legislative Women and the State Innovation Exchange.

Nationally, Black female state legislators comprise 4.82 percent of all lawmakers, according to the report. That's 356 out of 7,383 representatives serving the states. It also noted that eight states have no Black women in their legislatures, even though the population of Black people in those states ranges from 2 to 6 percent.

And numerous states are underrepresented, the report shows. Mississippi, for one, has the highest population of Black people in the nation. About 19.36 percent of its population is Black women, but they represent only 7.47 percent of the legislature.

Drake said it's "cool" that her election helped Wisconsin jump the threshold to equal representation but is concerned that it will still be a fight for Black female legislators' priorities to have the same impact as their colleagues'.

"My thing is, I'd rather have in the impact where we can truly not only be heard, but have legislation that actually improves our communities intentionally," she said.

Drake, who serves as vice chair of the Wisconsin Legislative Black Caucus, said the group wanted to ensure that issues of equity for Black people in Wisconsin were brought forward in this most recent budget.

Gov. Tony Evers' budget did include items that pushed forward equity and inclusion initiatives and a plan to create a cabinet-level chief equity officer. Those items, among several hundred others, were removed by the Republicans on the Legislature's budget committee.

She said a focus on equity is desperately needed by the state, particularly to address the communities of people who "have been left out for so long." She pointed specifically to Black, brown, low-income, LGBTQ, disabled and veteran communities.

"At times, it is very difficult being a Black woman in this space, but it's also necessary," she said. 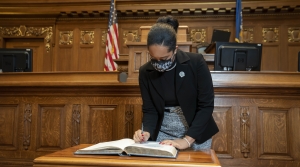 Wisconsin is one of 14 states where Black women’s representation in state government equals that of the population. We talk to the Milwaukee Assembly-woman whose election last November put the state over that threshold about why representation matters and what perspective she brings to the Capitol.