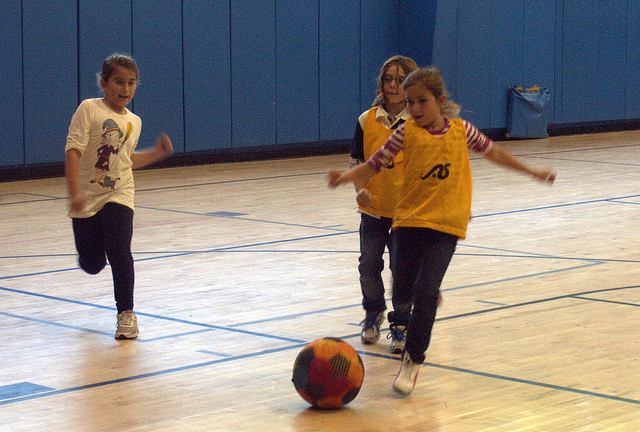 A recent report by a national sports organization says that many schools across the nation are using "loopholes" to sidestep their state's physical education requirements. Wisconsin has a new law that may reduce PE time, but overall schools are not taking advantage of so-called loopholes.

The National Association for Sport and Physical Education says in a recent report that about 75 percent of states -- including Wisconsin -- mandate physical education in elementary through high school. But NASPE's Carly Braxton says nearly half of all states also allow what the group calls 'loopholes,' "Loopholes in the form of exemptions, waivers, and substitutions are really one of our biggest hurdles that we face when it comes to physical education in our nation's schools."

Braxton says eliminating those exemptions is important to making sure kids have access to PE, which she says is critical due to skyrocketing childhood obesity rates.

Wisconsin law allows waivers and the state has a new law, known as Act 105. It allows high school students in extracurricular sports to substitute a third of the required 1.5 PE credits for other courses.

Jon Hisgen is a health and PE consultant with the Department of Public Instruction. He says only two schools in the state have waivers or alternative arrangements, and so far only a handful of districts have adopted Act 105, "Quality high school education is important. We believe that a credit and a half is critical to a child's well-rounded education. And very few that I know of are doing it. I'm not saying there aren't some. But some conferences overall are choosing not doing it."