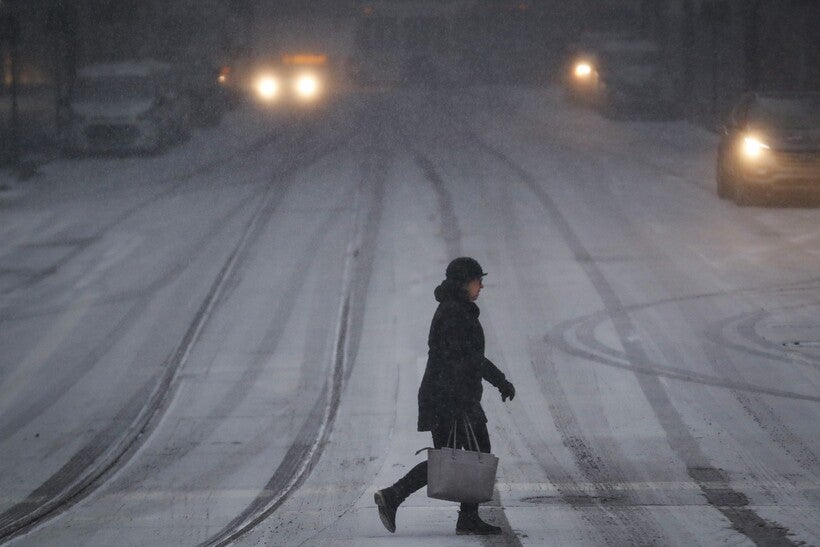 Wisconsin is bracing for a strong winter storm that could dump anywhere from 3 to 10 inches of snow across the state.

Winter weather warnings and advisories cover nearly all of Wisconsin and portions of neighboring states as a strong winter storm is expected in the region Tuesday into Wednesday.

Officials said that 3 to 6 inches of snow is likely for most of the state, but with higher amounts expected in the southern part, including the areas near La Crosse and Milwaukee. The highest snowfall amounts are expected to begin Tuesday afternoon in the southwest part of the state. A winter weather advisory for 3 to 6 inches of snow is in effect for metro Milwaukee.

In southern Wisconsin, NWS officials advised motorists to leave some extra time for their evening commute as the storm spread across the area between 3 p.m. to 7p.m.

NWS officials issued winter storm warnings for parts of Nebraska, Iowa, Kansas, Missouri, South Dakota and Illinois. By Tuesday morning, snow was so heavy in western Nebraska that Interstates 80 and 76 closed in both directions for several hours after numerous accidents. Authorities in Omaha, Nebraska, and in the Kansas City area also reported several accidents blamed on slippery roads.