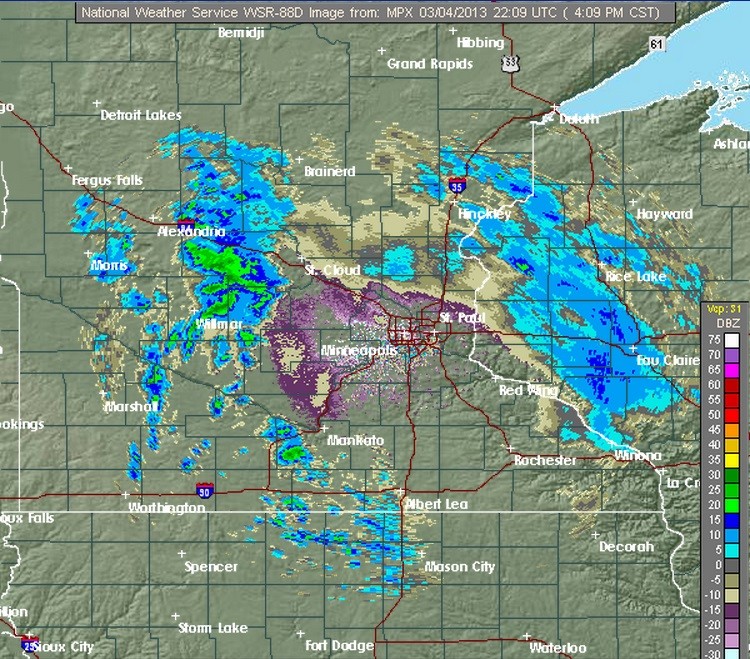 The National Weather Service is issuing winter storm warnings and watches for parts of Wisconsin later tonight in anticipation of another round of snow.

Scott Cultice, a meteorologist with the weather service in Green Bay, says a system forming in the Dakotas is moving toward Wisconsin. By Wednesday he says it will join up with another storm in Missouri.

"They're kind of going to merge across the southern Great Lakes and into the Ohio valley. This is going to cause an area of light to moderate snow to break out from north central Minnesota for the most part southeast down the Mississippi river through southern Wisconsin, northern Illinois, northern Indiana and the northern third of Ohio."

Western and southern Wisconsin can expect five to eight inches from Monday night into Tuesday. By the end of the week Cultice says temperatures in much of Wisconsin will near forty degrees.