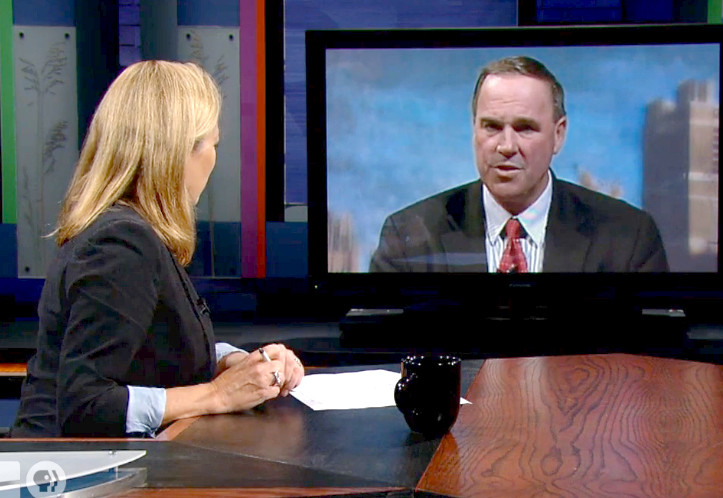 Wineke Might Run For State Democratic Chair If Tate Doesn't

Verona Democrat, Who Already Served As Chairman From 2005 To 2009, Outlines Strategy For Party
By Christie Taylor
Share:

The former chair of the Wisconsin Democratic Party says he’ll probably try to return to the position if current chairman Mike Tate decides to step down.

The party won’t elect new leadership until its June convention, but Joe Wineke, of Verona, who led the party from 2005 until 2009, said on Thursday that he was already thinking about it.

“I probably will run,” he said. “I care deeply about the Democratic Party and the issues that they stand for.”

He said would only run, however, if Tate didn't. He said he wasn't joining in the “circular firing squad” of Democrats blaming Tate for last week’s heavy election losses.

“Mike (Tate) wasn’t on the ballot,” Wineke said. “Mike will have to make his own decision.”

While Wineke said he hadn’t quite gotten his wife on board with a potential return to the chair position, he did have critiques for the past election cycle and suggestions for the future. He said Democrats were playing too much defense and not enough offense on messaging. And while gubernatorial candidate Mary Burke had been a good candidate that ran a good campaign, he said it was a mistake to neglect the smaller legislative races.

“In the Assembly, over half the Republican incumbents didn’t have an opponent,” he said.  “You can’t beat somebody with nobody.”

Running challengers in those Assembly races could have done more than possibly win back a few seats, Wineke said: Those races could also have helped energize smaller communities that didn’t get as much attention from gubernatorial and federal candidates. Otherwise, he said, local activists have no one to get behind.

Furthermore, he said that increased local enthusiasm — plus grassroot campaigns, yard signs, and literature being circulated — could have tipped the scales for Burke in the end.

“If you get a candidate who outperforms by 3 or 4 percent what would have happened with nobody, those votes are likely to go up to the top too,” Wineke said. “The fact that we wrote all these people off doesn’t just mean you’re guaranteeing Republican wins, it guarantees that you’re not building that base up from the ground.”

He added: “You don’t win from the top down in the long term — you win by bubbling up from the bottom.”

If he were in charge, Wineke said, he would have three goals for the party in the next election cycle. The first one, he said, would be to get rid of Republican U.S. Sen. Ron Johnson, who is up for re-election in 2016. He said that former U.S. Sen. Russ Feingold, or U.S. Rep. Ron Kind, D-La Crosse, could be viable candidates in that race.

His second goal, he said, would be to keep the state voting Democrat in the next presidential election, as it has since 1985.

Finally, he said, he would like his party to gain seats in the Legislature.

“If I were to run for the chair of the party again, I think I would make the commitment that if we did not gain seats in the Legislature I wouldn’t run again,” Wineke said. “You have to set goals and you have to deliver on those goals and I’m going to try to do that — if I’m going to run.”