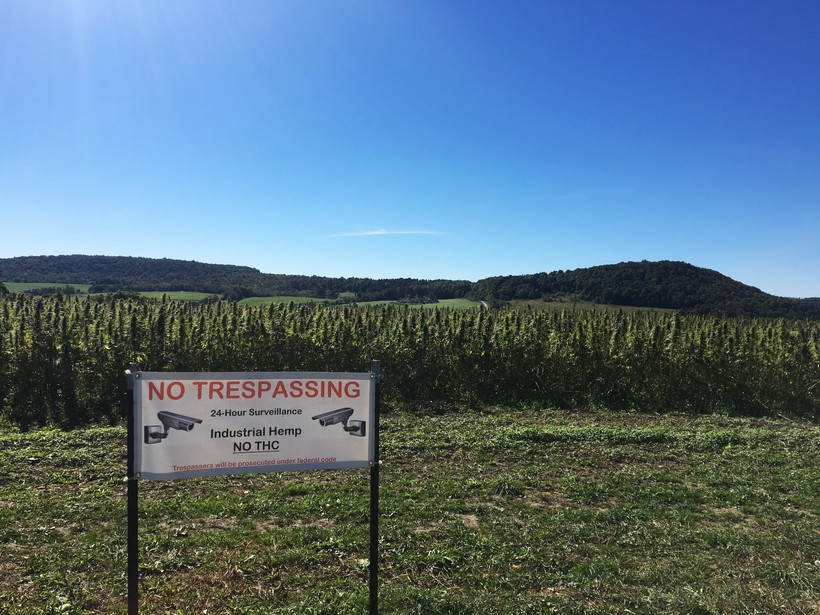 The concept of growing industrial hemp in Wisconsin is strong right now, but the reality of the burgeoning agricultural industry won't be known until the plants are in the ground.

"The interest has been there and has been consistently high ever since the (law allowing it) was signed," said Brian Kuhn, plant industry bureau director for the Wisconsin Department of Agriculture, Trade and Consumer Protection.

At an expo in Milwaukee last week, Kuhn said DATCP officials gave out 250 applications to grow hemp and 300 fact sheets about the program.

There have been 20 applications to grow hemp since the process started March 2, Kuhn said.

But it remains to be seen how much hemp Wisconsin growers will actually plant this year.

While there's a lot of anticipation that hemp can be a more profitable cash crop than corn or soybeans, there are no production facilities in the state yet. Wisconsin farmers will likely have to take their first crop out of state to be processed.

Congress paved the way for farmers to grow hemp in the 2014 Farm Bill. More than 30 states have legalized growing hemp, which is related to marijuana. Industrial hemp can only have 0.3 percent THC, the psychotropic chemical in marijuana.

Minnesota has been growing hemp since 2016. Minnesota Hemp Farms founder John Strohfus has been helping farmers in Wisconsin with industry advice. He said in the first year of production in Minnesota, just seven growers planted 30 acres of hemp. Last year, there were 1,200 acres.

"One of the most important things is the demand side of the equation, not necessarily the supply side," Strohfus said. "We know we can get growers to grow and we know that we can help them do a good job. But it's not going to be overnight. It's really a third-year grower is where they've got everything figured out."

Strofus said Wisconsin is different from Minnesota in that there was greater excitement for hemp legalization. Still, potential Wisconsin hemp producers have just had a few months to research hemp before the planting season starts.

"There's a lot of unanswered questions right now, and my head spins trying to figure out all the ins-and-outs," he said. "A lot of our growers don't have the time and opportunity to try to figure this out, so I'm hoping to be a resource for them to be able to answer questions from them."

Kuhn said DATCP is focused solely on the regulation of hemp in Wisconsin this year. The state agency will have to do things like criminal background checks for drugs before awarding applications.

The agency is also developing planting reports for hemp producers to submit. When those are done, Kuhn said DATCP will have a better idea of how many acres of hemp are planted in the first year.

Producers have until May 1 to file an application.