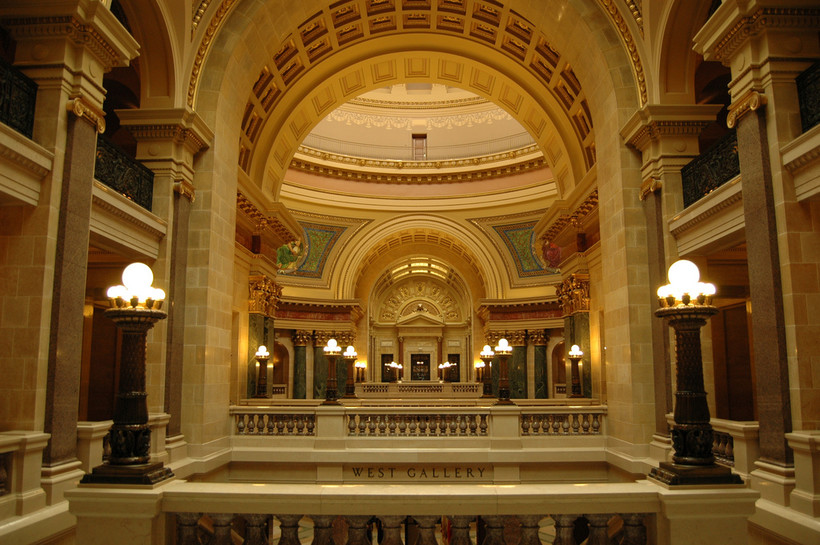 Will Bradley Hurt Her Electability By Accepting A Supreme Court Appointment?

Two political analysts on different sides of the aisle are suggesting a new interim Supreme Court justice should turn down the job to ensure her success in next spring's election for the same position.

Appeals Court Judge Rebecca Bradley was one of three candidates who had applied for the interim position to fill a seat previously held by Justice Patrick Crooks, who died last month. She is also running in an election for the same seat this coming spring. Walker appointed Bradley to the seat on Friday morning.

Speaking on Wisconsin Public Radio prior to the 9:15 a.m. announcement, John Sharpless — a former Republican congressional candidate and current University of Wisconsin-Madison history professor — had said Bradley might be more successful running for the court if she weren't in the interim position.

"She has not been as successful as she wanted as a politician," Sharpless said. "(Holding the job) will limit what she can say as a critic of the court."

Former state senator and Democratic Party chair Joe Wineke agreed, saying that the interim job was no guarantee of a successful election. For example, Doyle appointee Louis Butler served four years on the court, but was defeated in the 2008 election by Michael Gableman.

In addition to Bradley, Appeals Court Judge JoAnne Kloppenburg and Milwaukee County Circuit Judge Joe Donald are running for the seat next spring. Neither of her opponents applied for the interim position.

Sharpless said he had been surprised that only three people — Bradley, Dane County Circuit Court Judge Jim Troupis, and Madison attorney Claude Covelli — had applied for the appointment. Wineke noted that many might have assumed Bradley's appointment was a "foregone conclusion."