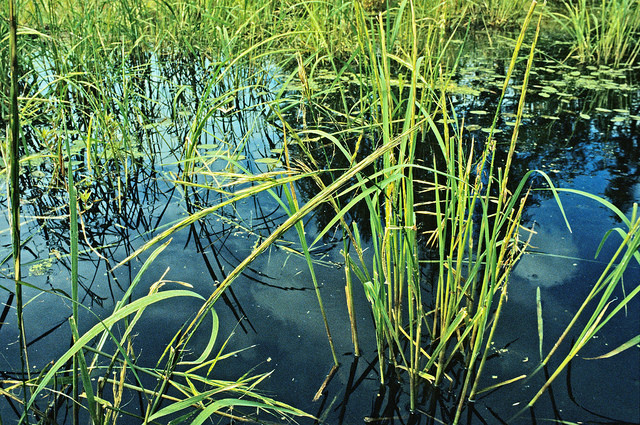 Wild Ricers Will Have to Hunt for Good Rice Beds

For the third year in a row, the wild rice crop is poor in northern Wisconsin. It is not because of drought, but because of flooding and a warm winter.

A few scattered rice beds look good, but according to Great Lakes Indian Fish and Wildlife Commission Biologist Peter David, this is a bad year across the region. David says, "East central Minnesota, kind of the area from Duluth to the Big Sandy Lake Complex and down to Mille Lacs, that area is bad as I've ever seen it, almost a total failure on many, many important rice lakes that way. Northwestern Wisconsin fairs a little better but certainly below average."

David does say northeastern Wisconsin is better, but even that is below par. He says the June 20 flood in that area is part of the reason. "It took rice that was in that floating stage and probably drowned, or essentially pulling it out of the bottom as water levels jumped up. But sort of the very broad distribution of poor beds that we're seeing also suggests there may be some other factors at work."

Other factors could include climate change. David says wild rice is designed for northern climates. Warmer temperatures, including recent mild winters, hurt germination and can lead to fungal disease.

David says the bad wild rice crop hits tribes the hardest. "They kind of count on it putting some food on the table. It's tough because this is the third fairly poor year in a row in northern Wisconsin so there's a cumulative effect going on there."

Most of the harvest in Wisconsin is in Burnett, Washburn, Polk, Oneida, Vilas and Forest Counties. The wild rice harvest season will start in a week to 10 days.