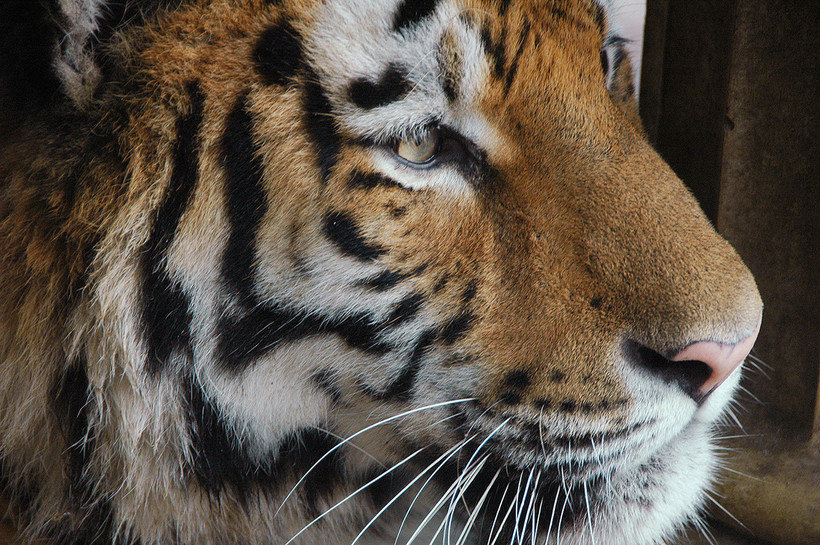 Why Tigers Are Being Recorded At The Milwaukee County Zoo

Along with other zoos from around the country, the Milwaukee County Zoo is taking part in a unique effort to record the various sounds made by tigers in captivity.

Known as the Prusten Project, the goal is to gather information that could ultimately help tigers in the wild, according to Courtney Dunn, founder and executive director of the project. She said it's an important mission, given that the danger the species is in.

"Most tiger subspecies are listed as endangered, but there are actually quite a few of them that are at the critical level, which is just one step above being declared extinct in the wild," she said. "There's about 3,200 tigers left in the wild, and that number dwindles every day."

Dunn said that the sounds gathered through the Prusten Project are uploaded into a computer program, where they're analyzed and ultimately grouped together to form a unique profile for an individual tiger. She said this information could ultimately help identify unique tigers in the wild, and get a more accurate count of the population.

One call the project is studying is the "long call" — a loud vocalization that Dunn said can at times be heard from over three miles away. Tigers use the noise a lot to communicate with each other across long distances to convey anything from a greeting to a territorial warning.

Dunn said that the calls are incredibly unique, "like a vocal fingerprint from just one sound they make," she said.

Meanwhile, recording at the Milwaukee zoo has been underway for about a month, according to zookeeper Amanda Ista. She said it's fairly easy process to set up, and doesn't interfere with the tiger's daily business.

"We just set the recorder up, we make sure it's working, and then we move it to the closest spot to where the tiger is," she said.

And so far, there seems to be no problems getting the tigers in Milwaukee to talk: Ista said that they're probably the most vocal cats at the zoo, besides the lions.

Seth Rogen On The Comedy Advice He Got At 12 That He Still Thinks About
Cancel The Olympics, Says Tokyo Doctors Association
To Be Carbon-Neutral By 2050, No New Oil And Coal Projects, Report Says
Author John Green Explores How To Live In Uncertainty In 'The Anthropocene Reviewed'
Racism Derails Black Men's Health, Even As Education Levels Rise