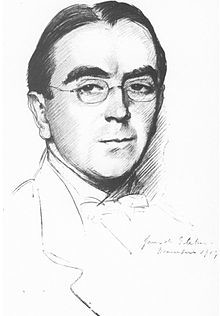 Why the Music Stopped

John Ireland wrote plenty of music before and after, but in the chronology of his works, the year 1928 was fallow, and with good reason. He was recovering from his marriage.

For some time, one of Ireland’s more talented piano students was not up to her usual standard. Her name was Dorothy Phillips. Ireland asked her what was wrong.

She burst into tears and vented an overwrought complaint against her overbearing father. She asked if Ireland could do something to help her.

He told her that he wouldn’t want to interfere in a family matter. After all, I’m only your music teacher, he told her.

“You’re my master!” She sobbed, unafraid of sounding melodramatic.

She was about seventeen years old, pretty, high-spirited, and, until now, a fine pianist.

Ireland was forty-eight, lonely, and obsessed with Dorothy. They had spent more and more time together. She had often asked him for advice and he was glad to give it.

After she left, he gave more thought to her problem. As he recalled later, “Then the Devil told me what I could do. That is, to give her my name, as Mrs. Ireland. I’d be her legal protector. No one would have any legal control over her.”

The next time she came over, he told her his idea. She was quick to agree.

The famous composer and his young student were married.

The next morning, a haggard, crestfallen Ireland admitted to his friends that the whole idea had been a disaster. He and the bride had separated on the wedding night, their union unconsummated.

The new Mrs. Ireland became demanding, hostile, and extravagant, and made no secret about her disappointment with the arrangement.

The marriage was annulled.

When a friend asked, “Why did you get married?” Ireland said, “I must have been mad!”

He insisted that in any biography he should be described as a bachelor.