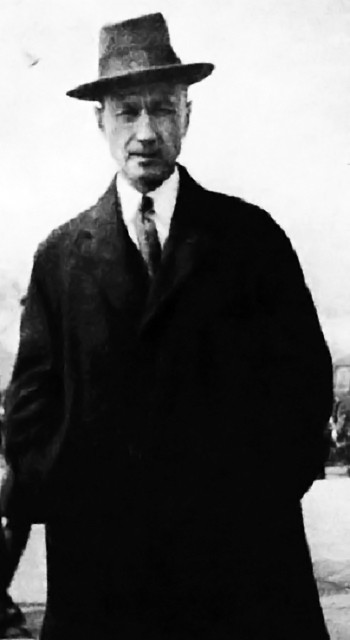 Two weeks after the successful debut of his oratorio The Celestial Country, composer Charles Ives did something surprising. He swore off any more public performances of his works.

The Yale graduate had benefited from the teaching of a major American composer of the day, Horatio Parker, who had done his best to bend Ives’ unorthodox ideas into the conventions of symphonic form.

Ives had been a church organist in Danbury and New Haven, Connecticut, from the age of fourteen and was well acquainted with traditional music for Sunday services, and yet he couldn’t resist the occasional foray into fresh harmonies or an allusion to a tune that didn’t quite belong.

After fourteen years of sour looks from the pews, Ives was getting a little tired of fighting for something new. Nonetheless, on April 18, 1902, he produced a seven-movement cantata based on a plodding work by Parker, with a few original touches, such as ragtime rhythms in the first and last sections.

After the performance, reviewers for the New York Times and the Musical Courier praised the scholarly good intentions of the composer.

Finding neither conventionality nor faint praise to his liking, Ives responded by resigning his position as church organist and giving up his effort to write music that people wanted to hear.

The cantata was the last of his works to be performed in public for twenty years. For the rest of his life Charles Ives continued to experiment, supporting himself handily with a career in the insurance industry while he wrote music that would eventually make him one of the first American composers to have an international reputation.