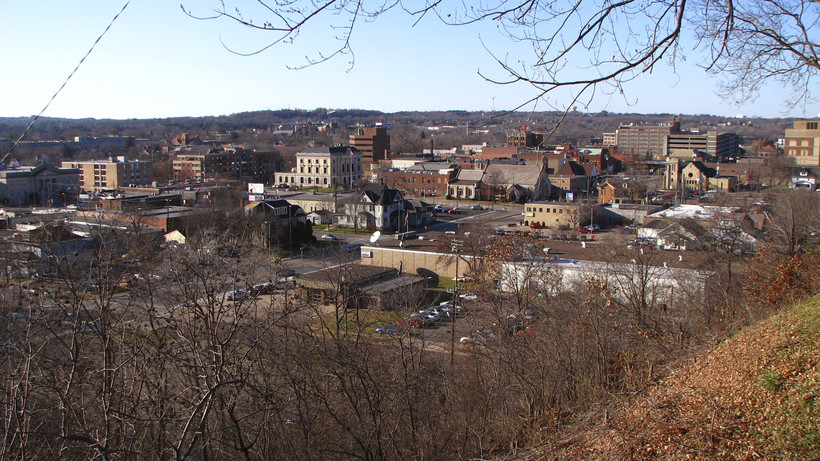 Instead, all data points to Eau Claire, a city experiencing a "cultural renaissance" of sorts.

"I think the mainstream opinion is, 'this town has a lot going for it,'" said Nick Meyer, an Eau Claire resident, publisher of the city’s Volume One Magazine and owner of The Local Store. "And people outside of our area are starting to understand that as well."

Eau Claire’s population has grown by 3 percent since 2010, the largest population bump in the state outside of Madison. And over the last three years, the city has gained national attention as home of indie rocker and Grammy winner Justin Vernon’s Eaux Claires festival.

But the city wasn’t always in that position. When people talk about Eau Claire, they often talk about the closure of the Uniroyal tire plant back in 1991. It devastated the manufacturing town, costing 1,300 jobs.

"There was this pervasive attitude that there was just nothing to do here, there was really not a lot of redeeming values," he said. "So many people have had so many successes changing that narrative. It’s just been a complete and total reversal to now."

It didn’t happen by accident. Nor can it be attributed solely to the Eaux Claires festival or one of several  other music festivals there, Meyer said.

Eau Claire put more resources into a trail network and park system. It revitalized its downtown, took advantage of its riverfront, and attracted residents who love the outdoors.

"Eau Claire, over the last 15 or so years, and especially downtown Eau Claire, has completely changed," Meyer said. "People who might have come to the university here for school or lived here at a previous time really would not recognize the community at all anymore, both in a physical sense, in terms of the structures in the community, and the events and things that take place, but also just the attitudes of the people."

And when Eau Claire native Justin Vernon’s band Bon Iver went big in 2012, winning "Best New Artist" at the Grammys, people started to wonder about the subject of his songs. His festival, founded in 2015, only created more buzz about the city — some have even moved to Eau Claire after visiting for the festival.

"What Justin writes about is where he’s from, and there’s a strong sense of pride in place in a lot of his work," Meyer said.

That hard-working, factory town feel is still there. But there’s a new entrepreneurial spirit in the background, Meyer said, one that has created what he calls a "fever pitch" of possibility.