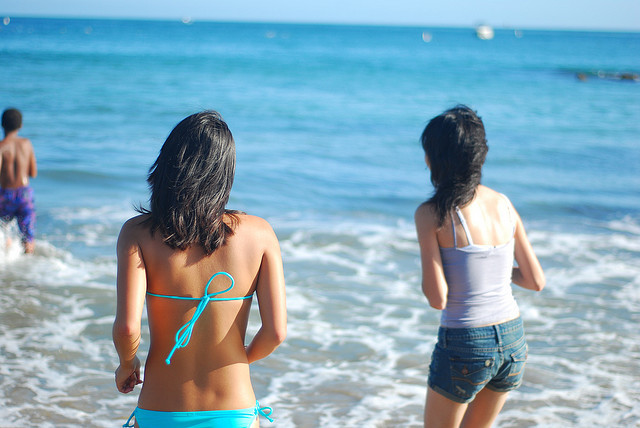 Why Don't More Americans Know How To Swim? 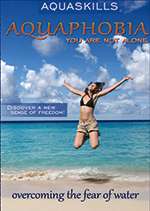 About 37 percent of U.S. adults can’t swim farther than the length of a standard pool, according to a 1994 study by the U.S. Centers for Disease Control and Prevention. Given that research also shows that the biggest risk factor for drowning is an inability to swim, the figure raises the question: Why aren’t more Americans learning how to swim?

One reason could be aquaphobia, and a fear of water is a surprisingly common trait in the U.S. population. According to a 1998 poll conducted by Gallup, 68 percent of American are afraid of deep, open water, while 32 percent fear putting their head beneath water and 46 percent fear the deep end of pools.

Aquaphobia is something that Lori Pailet is very familiar with. She’s the principal owner and swim instructor for Aquaskills, a swim school in New York City that specializes in overcoming aquaphobia in adults. She said fear can come from a traumatic experience or even from observational experiences. She said that even the 1970s film “Jaws” left people frightened of the water for two decades.

“Phobia and fear can be created from many different things,” said Pailet. “But, the most common one of all is a traumatic experience, and the second one is fear passed down from generations.”

Pailet said that parents can easily create a fear of water in their children by expressing their own fears around them — a pattern that will repeat itself chronically. A recent study commissioned by the USA Swimming Foundation found that if a parent does not know how to swim, there is only a 13 percent likelihood that their child will learn.

The same study found that nearly 70 percent of African-American children and nearly 60 percent of Hispanic children have little-to-no swimming ability, compared to 40 percent of all Caucasians.

According to Shanee Jenkins, the executive director of Urban Campus of the YMCA of Metropolitan Milwaukee, the reason for the racial divide in swimming ability stems from a combination of factors.

“Historically, (minority) families have not had access,” she said. “There’s also a big fear of being around water, and then there’s just a lack of education around the importance of water safety and the desire to swim as well.”

According to Jenkins, the YMCA has been working for 160 years to help people feel safe and comfortable around water.

“On an annual basis, we see thousands of children through lessons we offer Monday-Saturday, with six different programs sessions annually to encourage aquatic safety and aquatic activity,” she said.

Jenkins said that access to a pool shouldn't be a factor in learning to swim. According to her, the YMCA regularly reaches out to area schools to inform both students and teachers about their swim lessons and how they can get engaged.

“A lot of people don’t realize that we offer a discounted rate for swim lesson, and scholarship opportunities for families who can’t afford the price of a full membership. For example, at the Northside YMCA, a seven-week session is available to an individual child or adult for just $19,” said Jenkins.