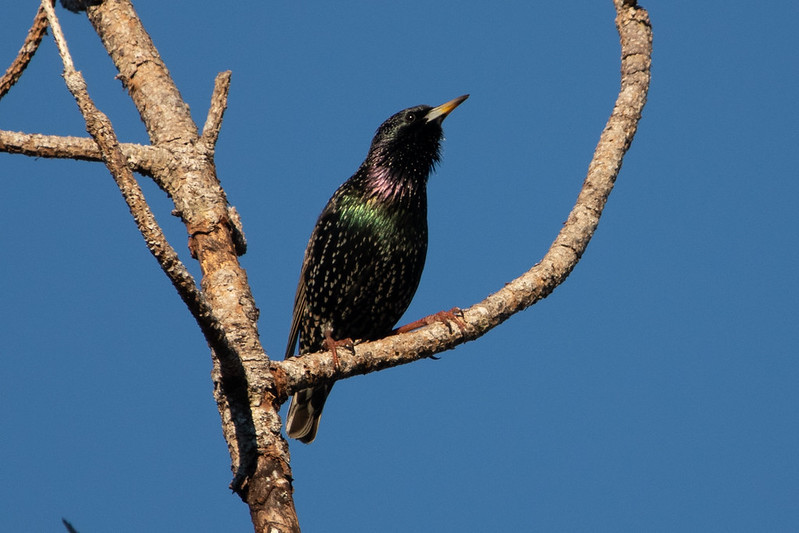 Why Do Songbirds Sing? Because It Feels Good, Researchers Say

It’s long been known that when songbirds sing, it's a way to attract mates and defend territory. But new research suggests there's another reason — a chemical rush to the bird's brain that feels good.

A new study from the University of Wisconsin-Madison published in Scientific Reports found that singing during non-mating times releases a naturally produced opioid in songbirds' brains.

The opioid has a similar biological makeup to heroin and morphine, and is the same one that’s released in humans’ brains in feel-good situations, such as when hanging out with friends.

Lauren Riters, UW-Madison professor of integrative biology and the lead author of the study, said the researchers were interested in the role reward plays in shaping communication. She said what they learned about songbirds could have lessons for people as well.

"Opioids are famous right now because of the opioid epidemic, but they're also well-known for inducing both pleasure and reducing pain," she said. "We thought perhaps it's the bird's endogenous opioids that are regulating this specific type of singing behavior."

To learn more, the researchers first had to be able to recognize if the birds were feeling good and in the reward state, Riters said.

"How do you ask a bird if it feels good singing?" she said. "We used what's called a conditioned place preference test — it's commonly used in psychology to test reward — and we had birds singing in these flocks outside the breeding context."

Researchers closely observed European starlings over a two-year period, training the birds to associate one cage with singing, one without. The birds developed a strong preference for the cage they associated with singing, Riters said.

It’s the naturally occurring opioids that also make singing in flocks — or hanging out with friends — enjoyable, she said.

Singing outside of mating season appears to not have any kind of purpose, but animals don’t often do things without a reason. The notable exception to that rule in the animal world is play.

"If you ask, 'Why do puppies play? Why do humans play?' It's developmentally important. They do it because it's rewarding," Riters said.

"Outside the breeding season, when we know that it's an important time for them to practice songs, we think they might be playing around with the song," she continued. "We've thought of it sort of as maybe a form of free-form jazz that we're hearing."

Birds are often stereotyped as "primitive" compared to mammals, Riters said, but research like this shows they’re capable of more complex behaviors. And while their brain is organized differently than a mammal's brain, there are similarities — and those can provide insights into human behaviors.

"If you look at social anxiety, these kinds of interactions are interactions that humans wish to avoid," she said. "We think that by studying the social behavior in songbirds, we can develop new ideas for treatments that might promote positive interactions in humans who might be socially withdrawn or no longer find human contact to be rewarding."

Why Do Songbirds Sing? 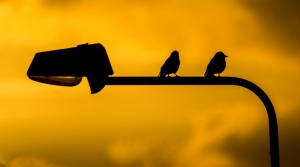 New research from UW-Madison shows that songbirds sing because it is a rewarding social interaction that releases a naturally produced opioid in the brain. We talk to the head researcher about these findings and their implications for people with social anxiety.