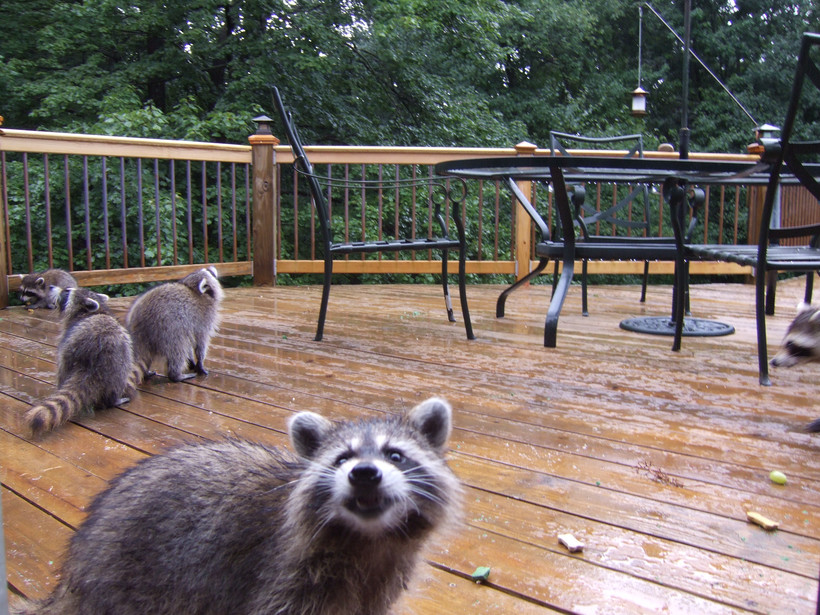 Why Do Raccoons Flourish As Urban Pests?

Professor Explains Why Raccoons Are Ideally Suited To Make A Home In Cities
By KP Whaley
Share:

In Wisconsin, like most of the country, raccoons are practically omnipresent. Their adaptability has allowed them to move from the country landscape as a wildlife creature to an urban life in cities and towns across the state.

There are a few factors that make the raccoon especially adept at finding the food and shelter they need living among people, said University of Wisconsin-Madison professor David Drake.

First, he explained, raccoons are cavity nesters in the wild, meaning they would typically cozy up inside old trees and similar small spaces. The tremendous number of cavities available in cities offer the mammals similar residential options.

"When you think about all the open garage doors, for example, or all the decks we have on our houses, or sheds in the backyard, there are plenty of places where these animals can live," Drake said.

The other thing making city life appealing to raccoons is the veritable cornucopia of dining options available to them. As omnivores, raccoons will eat pretty much anything they can get their paws on, be it meat or vegetation.

If raspberries from the backyard bushes or bird seed from the feeder goes missing, Drake said, chances are raiding raccoons are to blame.

"They'll eat out of your trash cans and out of your compost pile, in addition to all the natural diet they eat such as nuts, insects, bird eggs and small mammals like mice and voles," Drake said. "There's just a plethora of that in the city."

While urban raccoons are no novelty for most human residents, Drake cautioned they can still carry diseases, and a healthy raccoon can be quite aggressive.

For anyone with a raccoon problem, he suggested looking into methods of capture and removal, but Drake said taking steps to make their food and shelter harder to come by can also deter a raccoon and may be enough to get it to move to another area of town.

The Humane Society of the United States agrees practicing prevention can be enough to deter a raccoon and offers tips on dealing with the pesky urban animal on its website.

How To Stop Ransomware Attacks? 1 Proposal Would Prohibit Victims From Paying Up
University Of South Carolina President Resigns After Plagiarizing Commencement Speech
National Gallery Of Art Rebrands To Emphasize The 'National' In Its Name
What Is 'Black Fungus'? And Why Is It Spreading Among India's COVID Patients?
During The Pandemic She Whittled Away At The Isolation By, Well, Whittling