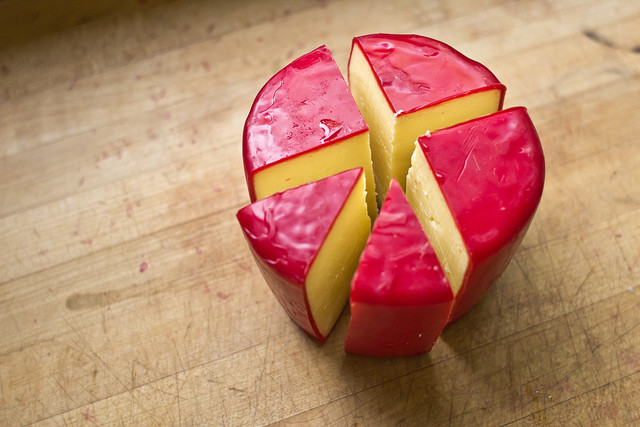 Why Cheddar Is America’s Iconic Cheese, According To 'Cheesemonger'

From mozzarella to Swiss to string, cheese comes in many forms and flavors. But there is one kind that seems to trump them all: cheddar.

Explaining why cheddar seems so beloved, "cheesemonger" Gordon Edgar has written a book, "Cheddar: A Journey to the Heart of America’s Most Iconic Cheese," to be released Oct. 23, which describes the history of cheddar and what makes it so familiar and so appealing to many.

Edgar said he was inspired to write the book after seeing a replica of the largest cheddar cheese case in Neillsville, Wisconsin. He said seeing the empty case on the side of the road made him realize a parallel with the underappreciation of cheddar cheese. It’s one of those things that are just passed by and barely noticed unless one is in the cheese business like Edgar.

Some people don’t think about cheddar and tend to take it for granted, which is why Edgar wanted to bring attention to it. Being a cheese buyer for more than 20 years, he said he has seen the influence it has had in multiple facets.

"I think by examining something that is kind of at the point where you take it for granted, you can really learn a lot," Edgar said. "And I think you really learn a lot just about our history and the way things kind of got to where they are."

Previously, cheddar was just a farm-produced cheese product. Over the years, it has transformed to something that is produced mostly in large factories — untouched by human hands, Edgar said.

"Cheddars are a very important thing in the cheese world in terms of the farm economy, in terms of cheese making, and you know, it really needs its own monument," he said.

It was Edgar’s goal to give people a better understating of the U.S. food system through his book on cheddar as it echoes the similar transition of the typical food system from farm to factory.

Even though that’s been the trajectory of American food, Edgar said, "There’s been a renaissance in the last 20 to 25 years of people really making new, interesting, amazing cheeses including cheddars, including different types of cheddars, and going back to traditional cheddars."

The book celebrates cheddar’s transformation and gets people to think about why cheddar is important in today’s society.